The King Who Banned the Dark 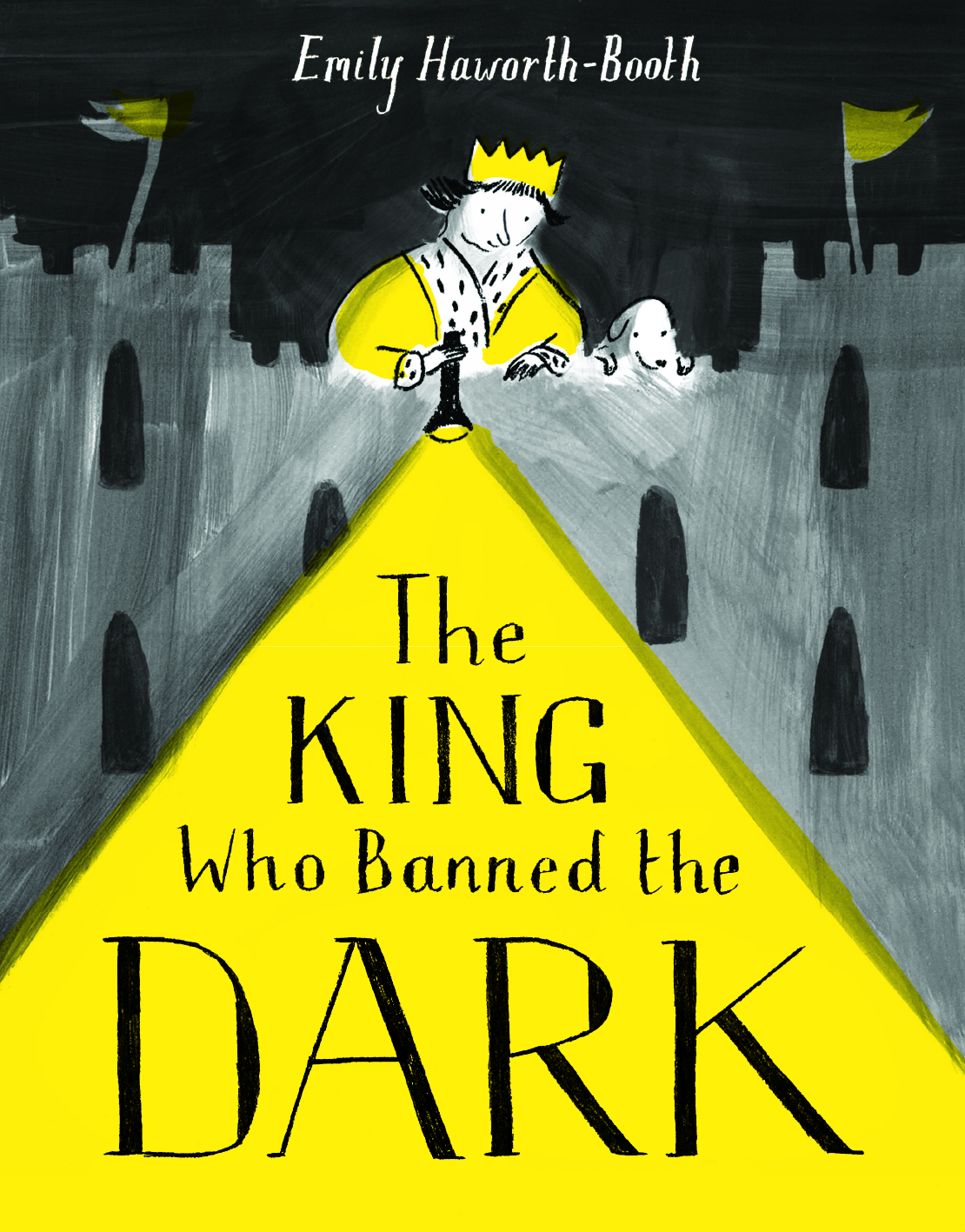 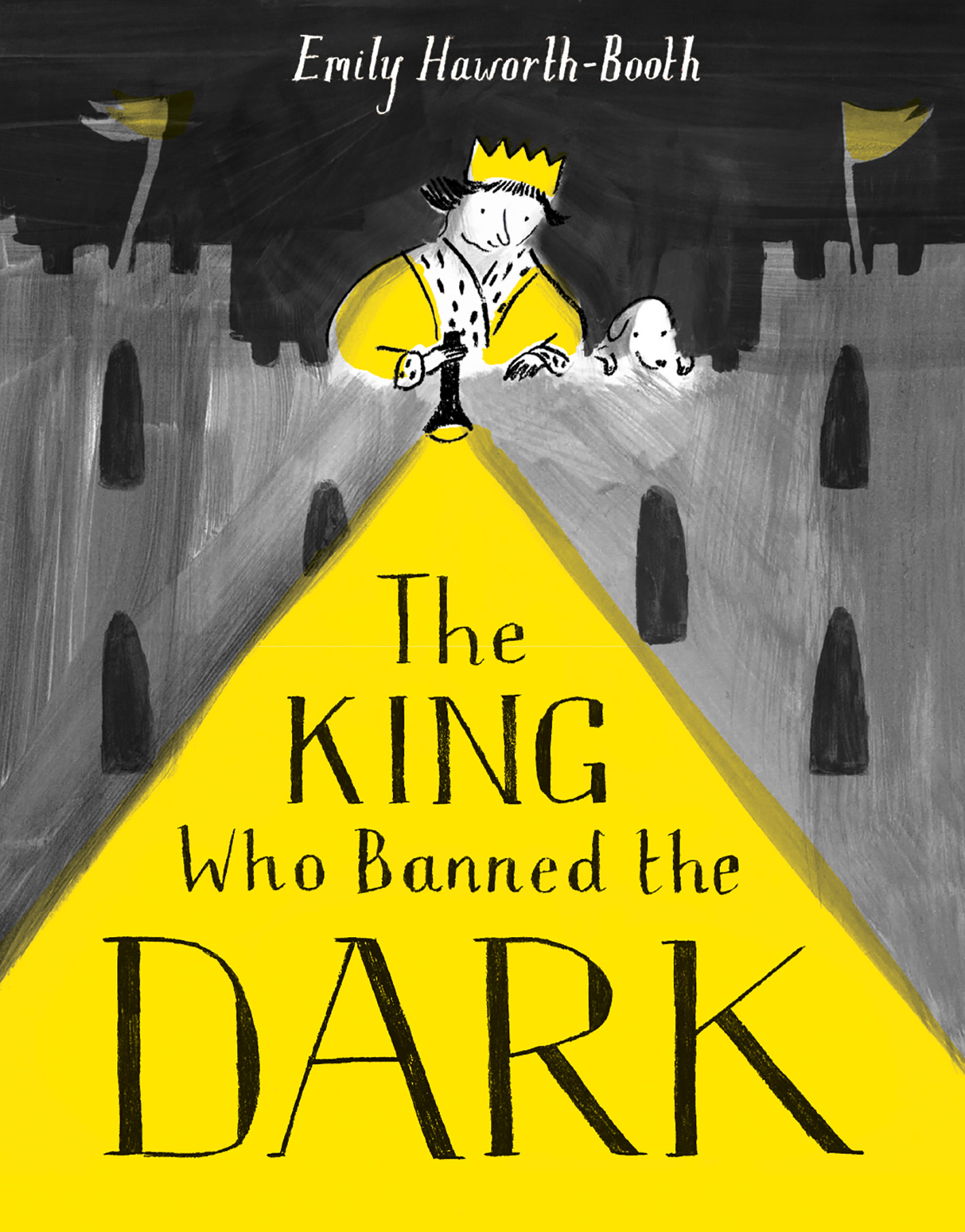 He would ban it.

When the King bans the dark completely, installing an artificial sun, and enforcing "anti-dark" laws, it seems like a good idea. The citizens don’t need to worry about any of the scary things that might live in the dark.

But what happens when nobody can sleep, and the citizens revolt? Will the King face his fears and turn the lights off?

The King Who Banned the Dark is a beautiful and thought-provoking story about how we need the dark in order to enjoy the light.

'What’s beautiful about this modern fable is not just the atmospheric black, white and yellow artwork by Emily Haworth-Booth, but the many levels at which the story operates. There’s the obvious topic of a fear of the dark, but it also sends a subtle message about power, revolution and the balance and light and shade in life.'

'A clever, engaging story which encourages readers to think about the importance of nighttime in our lives and also how power might be used, abused or resisted.'

'A truly ingenious and unique tale on the manipulation of power, revolution and how we need the dark to appreciate the light'

'A really thought-provoking book with clever use of colour'

'A witty picture-book with a lot of contemporary relevance, which skewers government propaganda and the misuse of power'

'An engaging read for young readers …The predominantly yellow, black and white colour palette is perfect for spotlighting the messages of the story, whether literal or figurative, and given the depth of the story, one that spans many age groups'

'A beautifully illustrated fable for our times'

'Talented writer-illustrator Emily Haworth-Booth uses just three colours to paint this powerful picture of fear and hope, and the moral of the story will stay with you long after the lights get switched back on'

'A thought-provoking picture book … Haworth-Booth’s pencil-shaded artwork is pleasing, while her text warns gently but firmly against responding too readily to fear'

'It’s not often that you get a children’s picture book that perfectly sums up prevailing social and political attitudes, how power works to corrupt, and how easy it is to get worked up over nothing. This is a brilliant book, which does not need to be read as political satire'

'A clever and beautiful story'

'This book works on two levels: first of all, as a great story, and secondly, as an interesting modern fable'

'This debut is wonderfully political & thought-provoking…A brilliant story of the abuse of power & the strength of protest. Perfect for schools'

'A modern fairy-tale, akin to The Emperor's New Clothes, told with sophistication and paired with extraordinary beautiful illustrations in monotones, juxtaposed with vibrant yellow'

'A timeless tale of courage, consequences and unexpected wonder with quirky, lively illustrations'

'A truly fresh and formidable debut by Emily Haworth-Booth. This is an outstanding first offering from the multi-faceted author/illustrator, undoubtedly a new name to keep an eye on'

'This is a gorgeous picture book and its only possible downside is that your kids, like mine, might start banning things willy-nilly'

'The illustrations and words by Emily Haworth-Booth are exquisite and it isn’t a surprise it has been nominated for so many prizes. This is a really clever, imaginative and nuanced book that you will definitely be able to use across the primary age range'

'A powerful modern fable, The King who banned the dark is sure to become a classic, which, with its political undertones, will be read, shared and loved on many levels'

It's All About Stories

'A timeless tale of courage, consequences and unexpected wonder with quirky, lively illustrations. An illuminating tale of power, rebellion, darkness and light'