The Old West Then and Now® 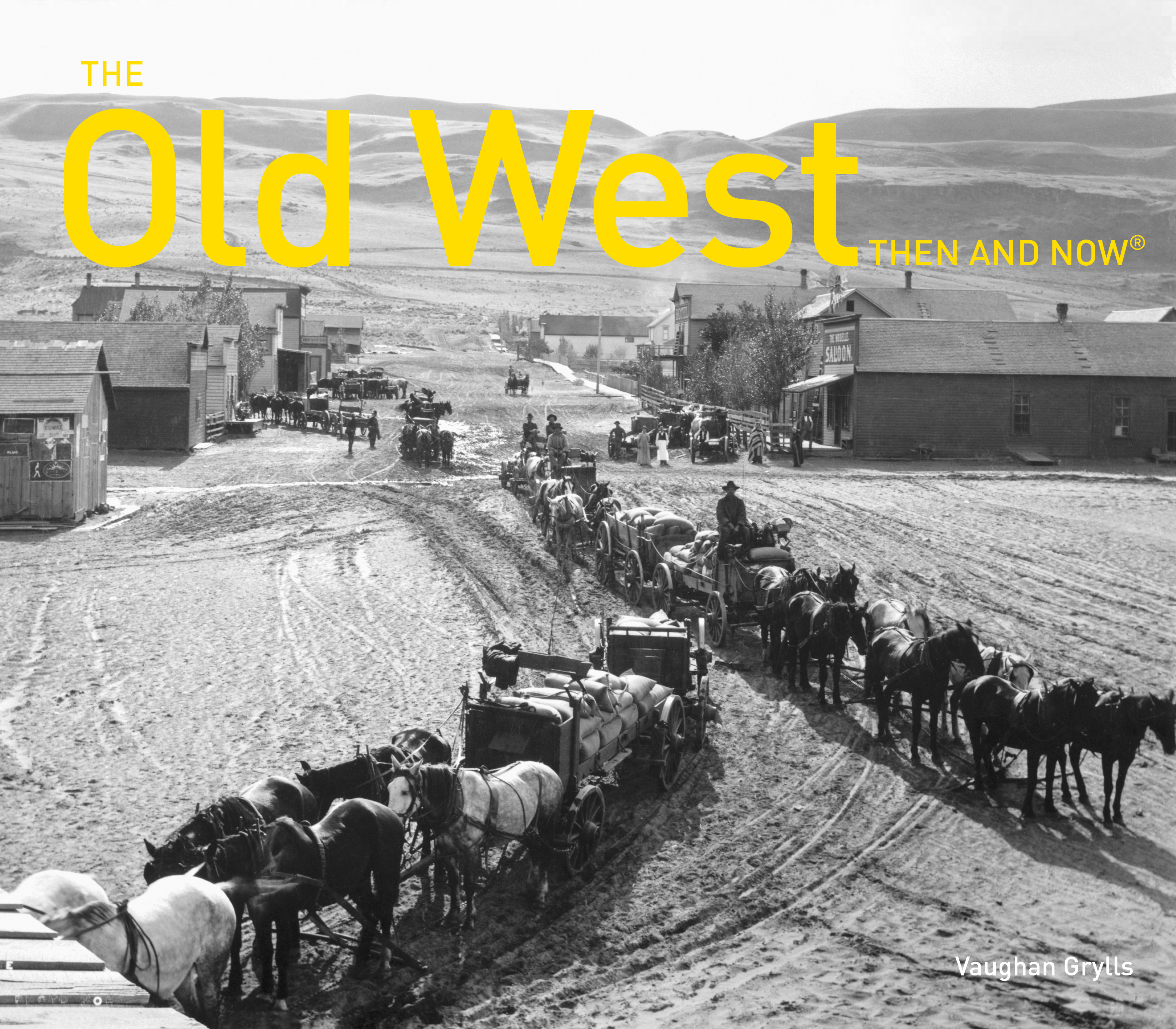 The Old West Then and Now hitches up its wagon and begins its epic journey in St. Louis along with many other start-points on the Mississippi/Missouri rivers, such as Minneapolis, Omaha and Kansas City. It traverses out into the Great Plains via Wichita, Dodge City, and up into the Badlands of Rapid City and Laramie.
The book criss-crosses the many routes that opened up the West for settlement, from Lewis and Clark’s expedition after the Louisiana purchase through to the opening up of the Indian Territories and Oklahoma statehood in 1907, followed by Arizona and New Mexico in 1912.
On the way we will cross the principal wagon train trails, the railroad routes that superseded them, the cattle drive routes to the railheads, the 49er and subsequent mining shanty towns, the lawless cities of frontier America and the main battle sites of the Indian Wars as well as the main Indian reservations.
Picked up in the text will be key themes such as the 19th century ‘boosterism’ of the West as the place to ‘make good’ – precursor to the American dream – and the West’s subsequent presentation as entertainment by showmen such as Buffalo Bill and his Wild West Show, which soon evolved into the Hollywood Western.