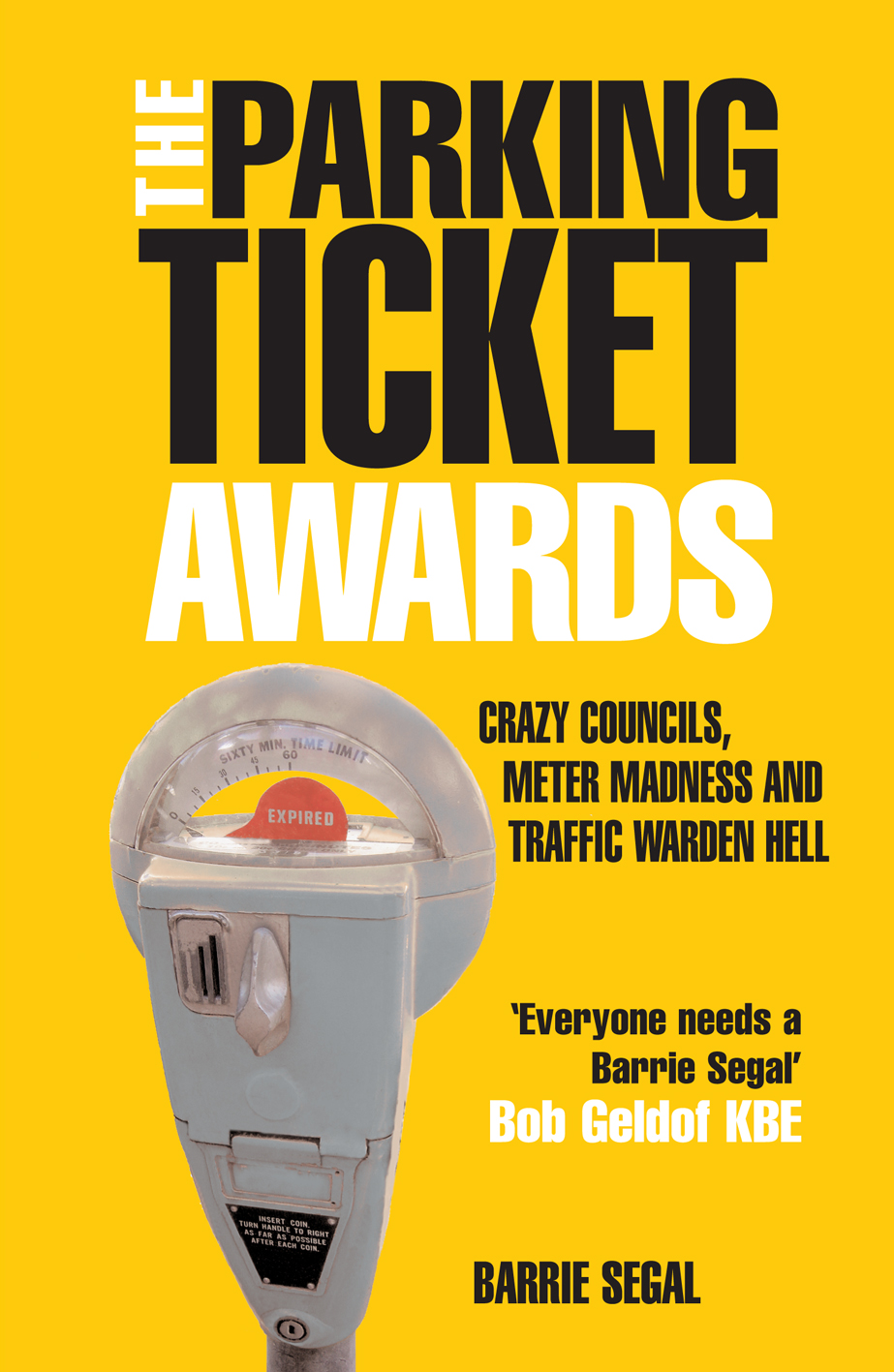 This book is enough to drive you parking mad. It’s bad enough to return to your parked car to find a ticket stuck on your car windscreen. But what if you’ve still got an hour left on your permit, but the traffic warden decides to pre-emptively strike, as he thinks you’ll go over? Or if your car is sat there because it has broken down? Or if your car isn’t a car at all, but a bus, a rabbit hutch or a dead cow? Barrie Segal is ‘the UK’s leading parking ticket expert’ according to Top Gear’s Richard Hammond. In ‘The Parking Ticket Awards’, he has trawled through his vast collection of parking ticket stories to reveal the worst and weirdest traffic warden behaviour. The stories include – the dead cows ticketed as ‘unattended vehicles’; the stolen car that was left as a burnt out wreck, and ticketed; the National Blood Service van that was ticketed as people donated blood inside; the bus that picked up both passengers…and a ticket; the van driver who threw his parking ticket on the pavement in disgust…only to be fined for littering; and, how even celebs like Madonna, Jude Law and Kate Middleton found themselves on the wrong side of the law. So park yourself down and indulge yourself in this hilarious compendium of traffic warden tales – it will be just the ticket.

David Williams from The Evening Standard

"This book gives the oppressed motorist heart - there is hope in fighting that unfair ticket!"