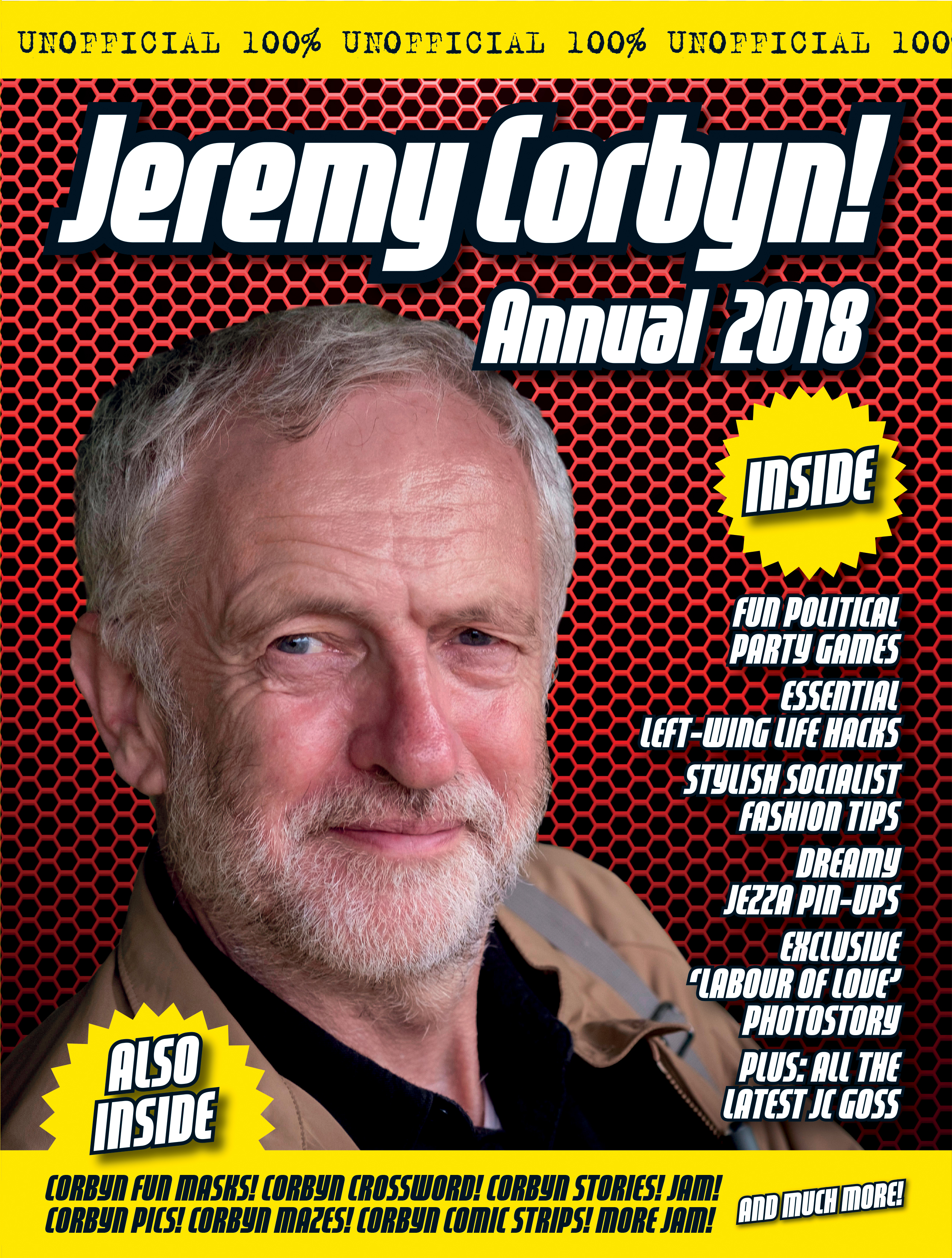 Jeremy Corbyn’s post-election reboot has taken the general public by storm, sending his approval ratings toppermost of the poppermost. Unlike all other politicians Jezza seems to have the ability to appear genuinely saddened and emotional in the wake of terror and tragedy, and can even make conversation with ‘normal’ people. And with his artisanal beard and post-grunge fashion stylings he has become a huge hit with the ‘millennials’ (the term middle-aged people use for young people). Crucified by the media, left for dead by the pollsters, this truly is JC’s second coming.

– Pull-out poster pictures of dreamy Jezza. With cap. Without cap. On a bike. In debate.
– Photo stories: re-live the drama as we re-tell the story of how New Labour stalwarts try to oust the idealistic Jeremy.
– Pin The Beard on the Jeremy: fun for all the family.
– Corbyn’s Kindfulness Corner: Be like Jeremy every day.

Plus word searches, quizzes, mazes, song lyrics and so much more

Instagram
This little gem...coming out on 1st October. ‘Be