recipes and lore for everything but the oink 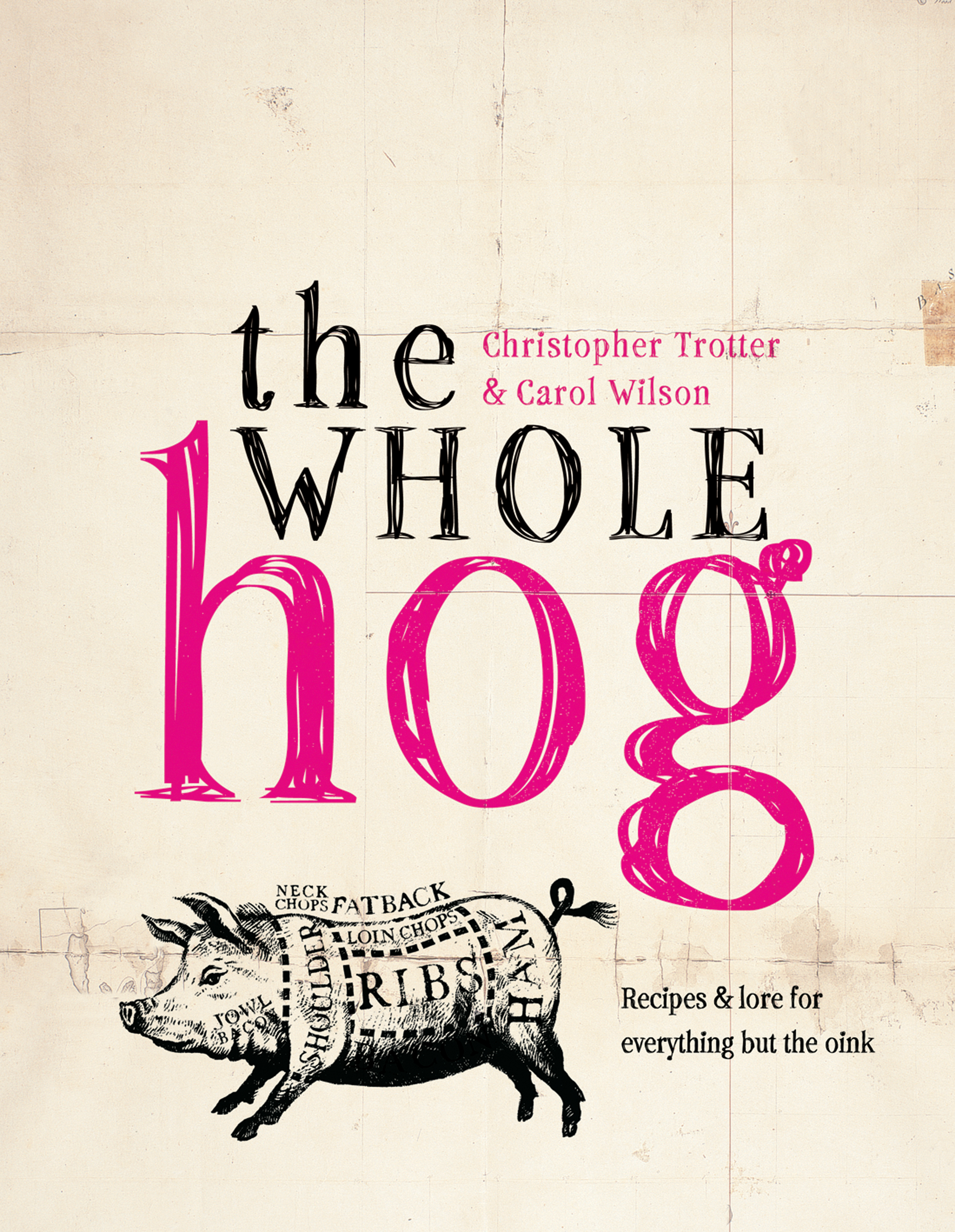 This book is much more than a cookbook; it is a celebration of the pig and all its parts – a unique blend of historical, geographical and culinary interest, together with clear explanations of how to cook the different cuts of pork and over 100 delicious recipes from chef Christopher Trotter.

The pig has been domesticated throughout Europe since ancient times and the result is a variety of magnificent meat products with a fascinating history. The Romans introduced the sausage as a nutritious portable food for their marching legion (centuries later Louis XIV and Napoleon were also known to be fans), while Ardennes ham was praised by the ancient Greeks for its flavour and texture.

The idea of being able to “cook everything but the squeal” of a pig permeates the recipes which are informed by the traditions covered in the main text. Completely international and full of fantastic photographs and an engaging text this book will be a must-have for any pie fan, bacon-sandwich supporter or sausage addict.

Carol Wilson is a cookery writer and member of the Guild of Food Writers with a particular interest in the history of food and culinary traditions. The author of several cookbooks on traditional foods, she also contributes to publications in the UK, Eire and USA (including BBC Good Food, Waitrose Food Illustrated, Gastronomica) and has promoted British food and cooking on Swiss/German TV. She is a Jury member for the Slow Food Biodiversity Awards.

Christopher Trotter is a freelance chef and food writer, restaurant inspector and food consultant and life-long lover of all good things to eat. He is a member of the Guild of Food Writers with an interest in Scottish and regional food, as well as seasonal and organic cooking. He has authored several books including the whole hog and the whole cow for Pavilion, as well as The National Trust for Scotland’s The Scottish Kitchen. Christopher lives in Upper Largo in Fife.