There Once Was A Man With Six Wives

Our Kings and Queens in Limericks 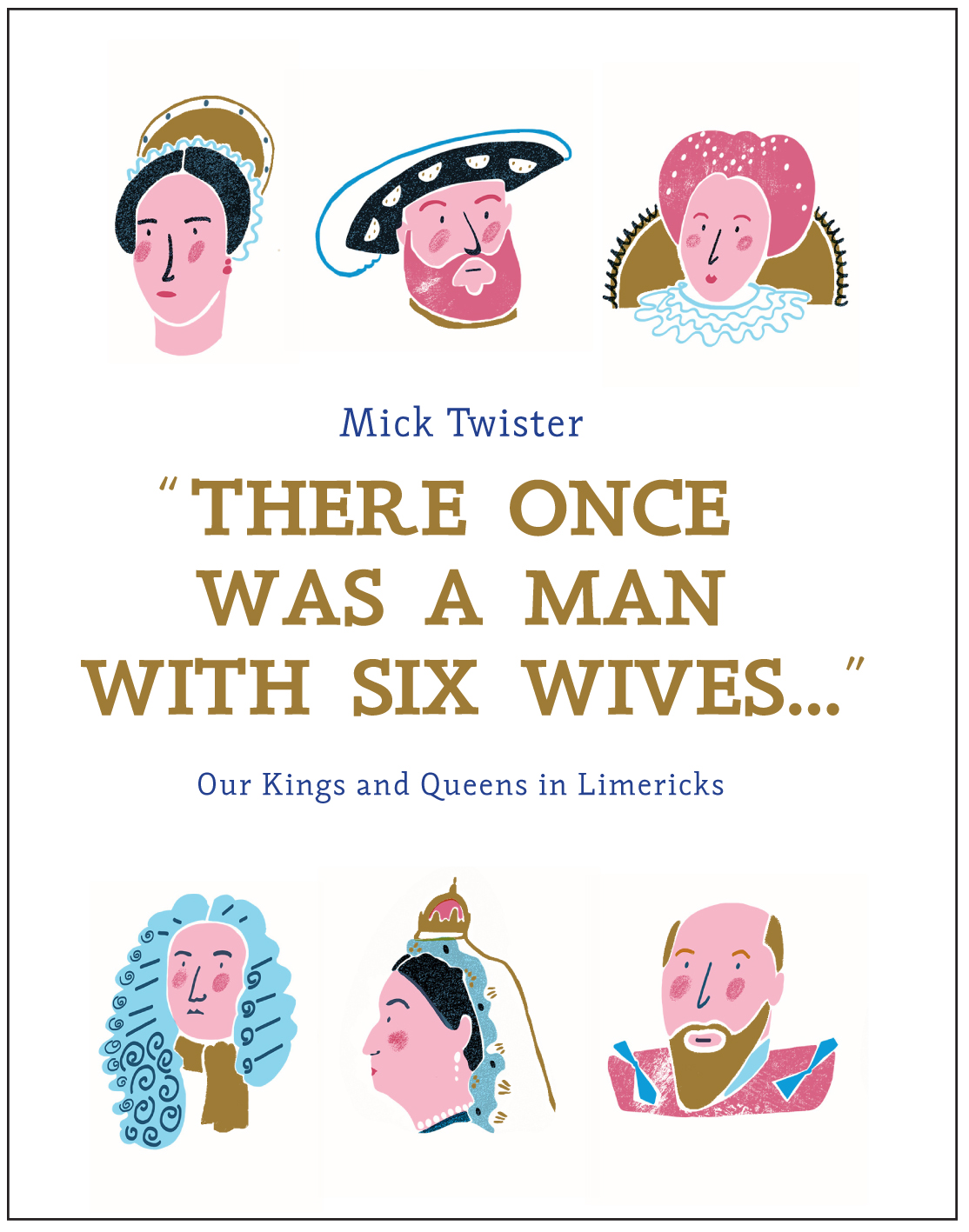 Royal history as you’ve never seen it before – in limericks!

Six times Henry Tudor got wed,
Unhappy with how his wives bred,
And when things turned sour,
Exploiting his power
He shouted out, ‘Off with her head!’

A hilarious new title from everyone’s favourite limericksmith, Mick Twister. He did world history in the very successful There Was an Old Geezer Called Caesar, and now he’s tackling a subject dear to all our hearts – kings and queens. They’re all in here, from Alfred the Great to our present Queen, now the longest serving monarch in history. There is also a smattering of the most interesting European kings and queens, including such greats as Ivan the Terrible and Vlad the Impaler.

Mick’s limericks are accompanied by entertaining snippets of text about the monarchs, and illustrations by Hannah Warren make the book the perfect gift package.

Mick Twister is a London-based television journalist in international news, and part-time cryptic crossword compiler. Since inventing the @twitmerick in May 2011, he has been tweeting the news in daily limericks. Twitmericks have been reproduced by the Washington Post and the New Statesman. He is the author of There Was an Old Geezer Called Ceasar, published in 2013 by Portico.

Hannah Warren is an illustrator and graduate from the Royal College of Art who lives and works in London. She has had her work published in a number of National publications, including The Telegraph and Simple Things Magazine and worked in a variety of creative sectors from advertising, animation, publishing and web. Her clients include Phaidon, Thames and Hudson, TEDTalks, Herman Miller, VCCP, Ogilvy and Mather and Paddington BID. She like drawing bold, colourful people and bikes the most.

The queen of all things 'PASTRY' , @ravneeteats is