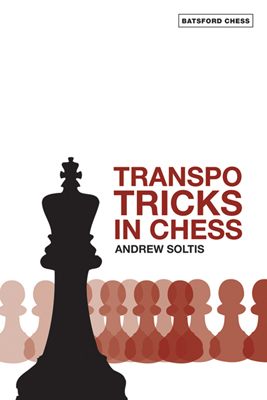 <p>In chess, a transposition is a known position reached by a different move order than usual – a less obvious way of getting to somewhere you want to go, leading to confusion for your opponent. Every chess player has a number of them in his arsenal, and they are used most often in openings. There are transpositional tricks in all openings, but this is the first book devoted to them. As the book covers all the key openings variations it can be used by most chess players. The introduction explains what transpositions are and why they’re invaluable, followed by 8 chapters discussing transpositions, illustrated by some notorious examples from top-flight matches. Chapters are divided by opening group – Double e-pawn openings; Sicilian Defense; Other Semi-Open openings; Double e-pawn openings; Indian openings; Other 1 d4 openings; Reti, English, 1 g3. The benefits and drawbacks of each set of move orders are discussed throughout. </p><p> </p><p>This is an ideal book for all club players and is written by one of the best chess writers in the world today. </p>