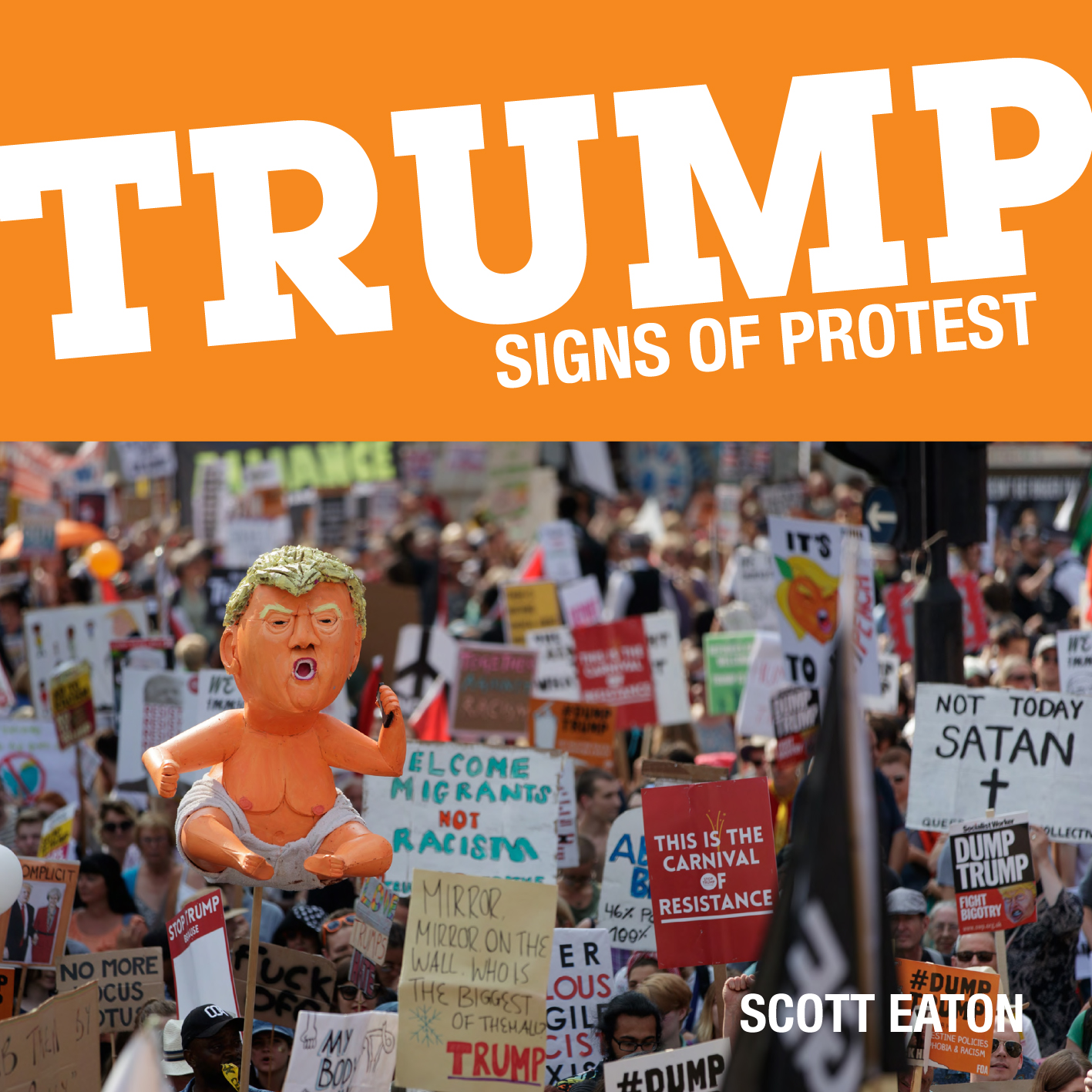 On July 13, 2018, Londoners turned out en masse to protest against Donald Trump during his visit to the United Kingdom. The author of this book arrived to participate in the march and took his camera along, just in case there might be something ‘interesting’ to capture. What he found was nothing short of a Vesuvian eruption of resistance to Trump and his policies. The outrage, disgust and vitriol directed against Trump was pandemic – but so was the creativity and humour.

This hilarious but powerful book is a photographic record of that momentous march, and the time, effort and in many cases money that protestors put in to creating their banners. Hundreds of thousands of people turned out – endless seas of all ages, races, genders and nationalities, and the ingenuity on display is limitless, from simple text banners (‘Super Callous Fascist Racist Sexist Loser  POTUS’; ‘Pore me a Covfefe’), to gloriously rendered illustrations (not all of them safe for work), ingenious papier-mâché sculptures, and a LOT of swearing.

Scott Eaton is an artist, designer and itinerant photographer who keeps his camera near to capture spontaneous outpourings of human emotion and creativity.