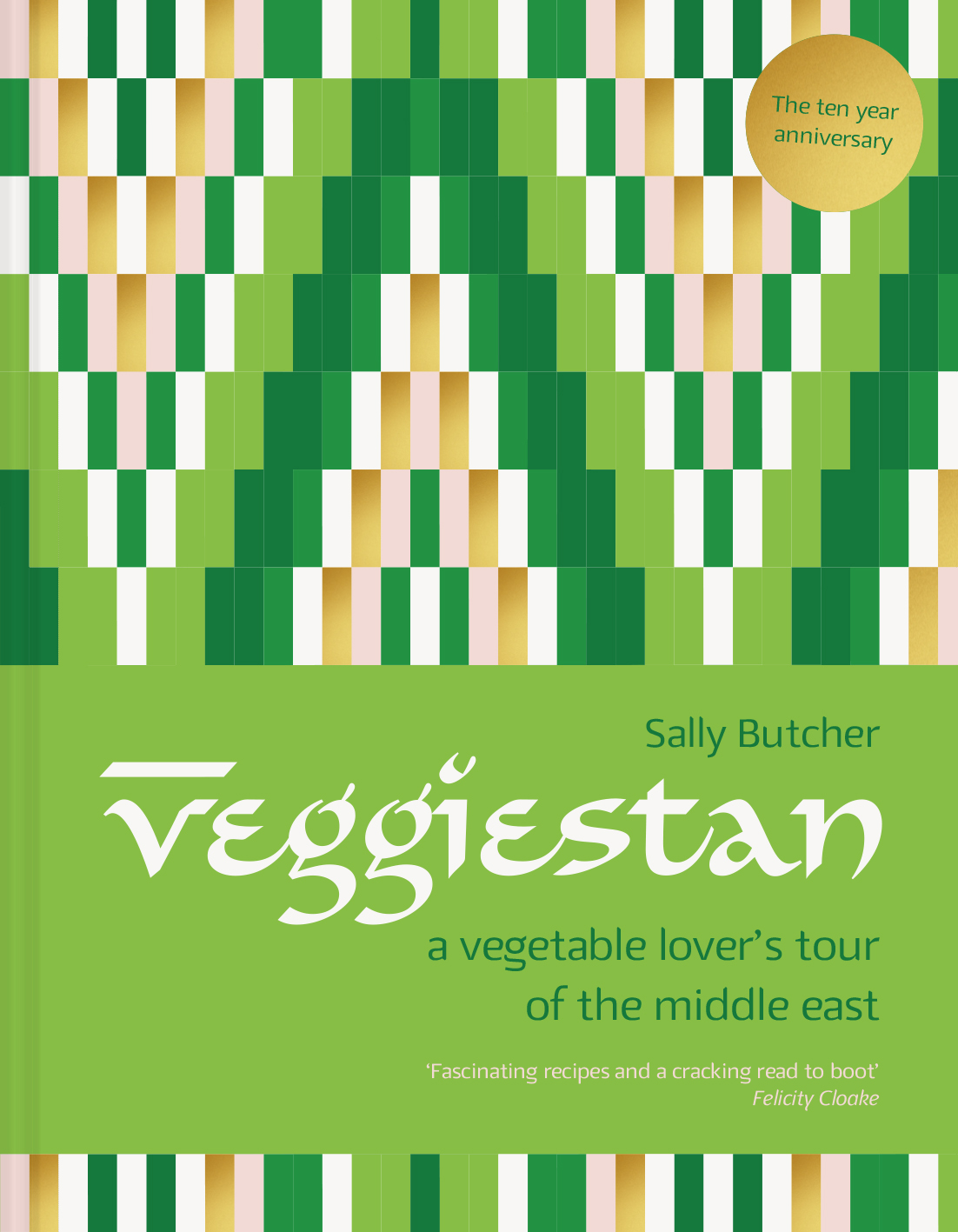 Veggiestan, ‘the land of vegetables’ refers to the Middle Eastern region that merits such a name; a region that is bubbling, simmering and bursting with vegetarian traditions and recipes – much like this book.

Sally Butcher runs the acclaimed Persian food store and restaurant Persepolis in Peckham, London. Her first book, Persia in Peckham, was published to critical acclaim and shortlisted for the 2008 Andrew Simon Award. It was selected by the Sunday Times as their cookery book of the year. Since then Sally has gone on to write Veggiestan, Snackistan, Salmagundi and Persepolis.

Perhaps best known for Veggiestan, one of the first books to delve into cooking vegetarian Middle Eastern food, a topic that has only grown in popularity since 2011, much of it down to the visibility Ottolenghi has given the subject in recent years.

*Please note that this anniversary edition is new format only – all content remains unchanged from the 2011 first edition.*