The county and city maps of Thomas Moule 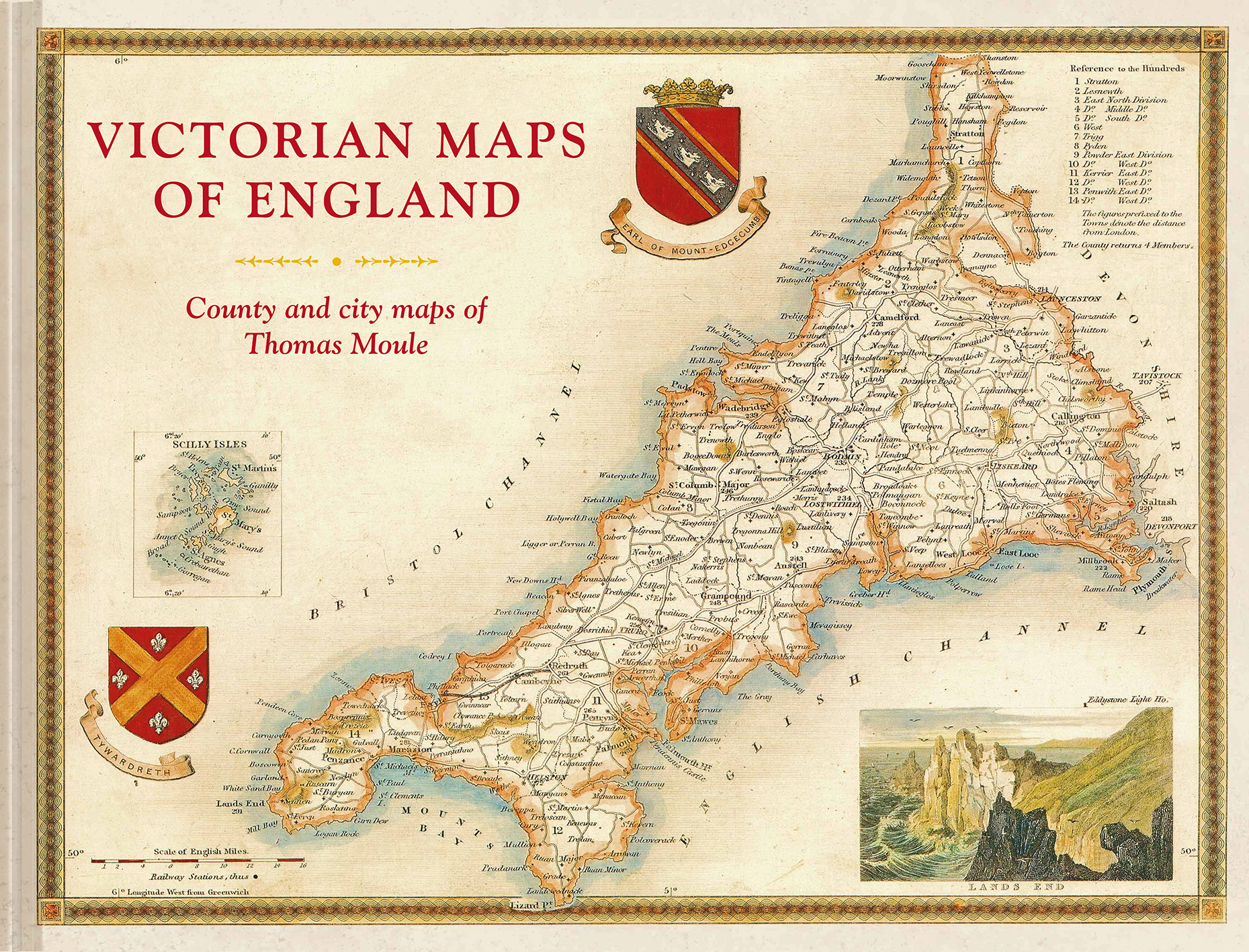 The most beautiful Victorian maps  of England’s counties and cities – in large format – by one of Britain’s great cartographer’s Thomas Moule.

Thomas Moule was one of the finest Victorian mapmakers and is regarded as the true follower of John Speed in the cartographic history of Britain. Moule’s beautifully observed county and city maps present a minutely detailed record of 19th-century England. They were first published in collectable parts between 1830 and 1837 and then published together in the extensive 2-volume masterwork The English Counties Delineated.

Moule celebrated the ‘ancientness’ and history of each county by including pastoral or monument views within the maps, all framed by cartouches, festoons and architectural ornament in a variety of historical styles. But underpinning this ancient vision is the hand of the British Industrial Revolution. Moule’s maps are deeply informed by the early technical work of the Ordnance Survey and record the unstoppable growth of the major cities and the unrelenting spread of the railways.

The maps have remained influential and highly collectable as both originals and as reproductions. For the first time in a generation this new large-format volume, comprising 55 county and city maps, presents the main body of Thomas Moule’s work alongside his original detailed text descriptions. The book’s Introduction explains Moule’s career as a writer and antiquary and sets his celebrated maps in the context of the technical cartographic revolution in which they were published. The book examines the wide-ranging artistic and cultural influences exhibited as Moule combines accurate cartography with highly decorative architectural frames and evocative, Romantic, pastoral views of the England he so cherished. In doing so it positions him alongside his fellow celebrated Victorian pioneers, including George Virtue, William Westall, Walter Scott, Charles Dickens, JMW Turner, Augustus Pugin, Edward Stanford and George Bradshaw.

Thomas Moule was an antiquary and heraldry expert but is now principally remembered for his major contribution to cartography. Indeed he is celebrated, alongside John Speed and William Blaeu, as one of the great makers of maps of the British Isles and his work has remained popular and highly collectable since first publication.

John Lee has worked as a London publisher for some 20 years. He has commissioned and published a large number of award-winning exploration and cartographic volumes, including the award-winning The Mapmakers’ World by Marjo Nurminen.

'This large format volume is stupendous.'