A Sane Person's Guide to Surviving in the Age of Trump 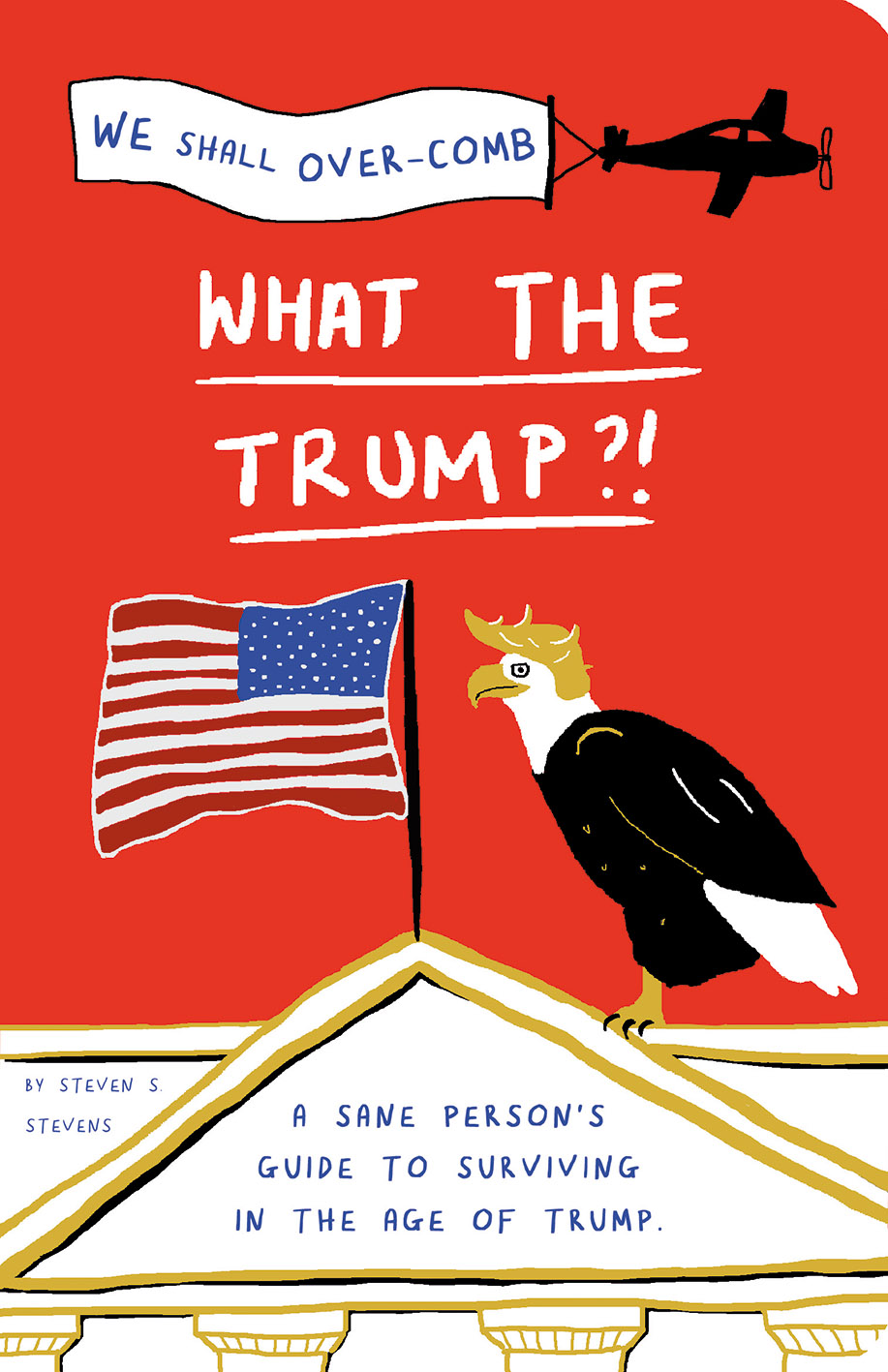 There is no getting away from it – the undisputed king of the comb-over Donald J. Trump is the 45th President of the USA. Love him? Step away from this book immediately. Loathe him? Read on.

Through a series of playfully mindful exercises we will come to terms with the grief over this most shocking of election results. We will make no denials about Trump’s presidency, we will sit with our anger, we will put a pin in our depression and we will embrace the next four years (please God – only four!) with the open palms of acceptance. We shall over-comb.

Written and illustrated by the team that brought you the bestselling The Brexsh*t Book, What the Trump?! will be your one and only guide to surviving The Donald, publishing just in time for his inauguration on January 20th 2017.

Steven S. Stevens is a made up author. If he did exist, he would live in London, England, and would have spent most of his career struggling to make ends meet penning various comedy vehicles spanning a Channel 4 sitcom, numerous TV pilots, a sprinkling of Kids TV scripts etc, etc. And he might possibly comprise three separate middle-aged men. Steven S. Stevens did not go to Oxford, or Cambridge either (that is if he did exist, which he doesn’t).