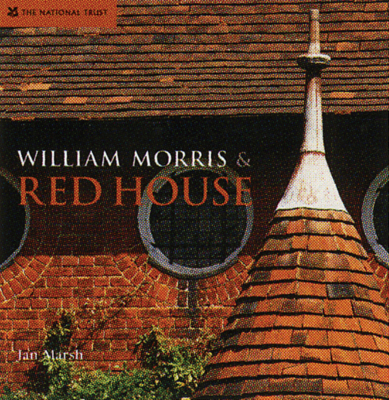 Red House occupies an extraordinary place in British architectural history. It was the first and only house that William Morris ever built. It was the first independent architectural commission from his friend, Philip Webb. The challenge of furnishing the house inspired Morris to found the design firm of Morris & Co. It had a great influence on the Arts & Crafts Movement.

But it is also a house that captured William Morris’s heart. He was only twenty-five when, in 1858 he decided to buy the site at Bexleyheath, just outside London, but in a rural Kentish setting. He had recently married Jane Burden, daughter of an Oxford ostler, whose particular beauty became inspiration for so much pre-Raphaelite art. With his young wife and his wealth he planned to produce a vision of earthly paradise at Red House. Rosetti described it as ‘more a poem than a house’, Morris called it ‘our place of art’, and when he was obliged to give it up for financial reasons in 1865, he resolved never to return. His biographer recorded that he could ‘never set eyes on it again, confessing that the sight of it would be more than he could bear’.

Red House was saved from an uncertain future in January 2003 by the National Trust, and has already opened its doors. Visitors will be able to see some of the original furnishings but many are now at Kelmscott Manor, the William Morris Gallery in Walthamstow, the Victoria & Albert Museum and other locations. This book, however, will provide both the story of Red House and a ‘virtual tour’ to enable the reader to see how the house looked and functioned when William Morris, his family and friends lived there.