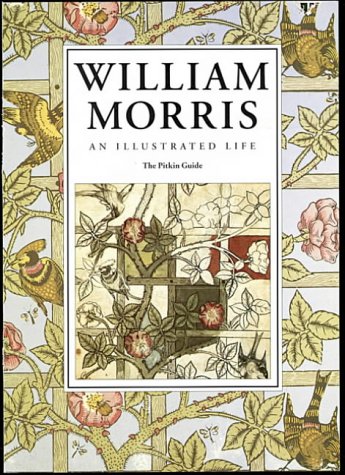 William Morris was a man of extraordinary diversity and application, turning his attention to the mastery of as many skills in one lifetime as most men would achieve in several. He became an artist in oils, stained glass and ceramic tiles, a weaver, decorator, textile designer, calligrapher, type designer, typesetter, bookbinder, printer, novelist, poet and lecturer. One of his most influential concepts embraced the ‘small is beautiful’ ideal: suppose people lived in little communities … and had few wants; almost no furniture for instance, and no servants, and studied … what they really wanted. Then, Morris felt, life might begin to take on its proper form. He was unquestionably one of the first conservationists. Certainly, a century later, his ideas and his designs are still valued and enjoyed by people everywhere.

Jane Drake is the author of Pitkin classic The World of William Morris, an illustrated introduction to the 19th century artist.