Lessons from the Albert Brilliancy Prizes 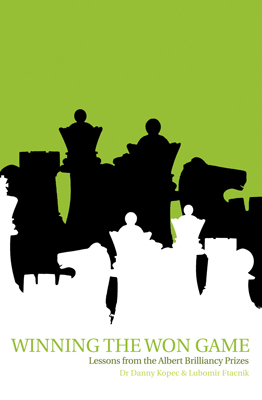 Every chessplayer who aspires to achieve chess mastery must learn the techniques for winning a won game. It is the perennial problem which confronts players at all levels of play. This book will enable chessplayers to better recognize their positional advantages and the ways in which these can be used in order to bring them closer to victory. It also provides many instructive examples of using this knowledge to reach a faster and more spectacular victory.

Mr. Paul M. Albert, Jr. has been donating over $2000 per year to the most brilliantly played at both the Women’s and Men’s United States Championships for over 20 years. This book presents, describes and illustrates the most significant examples, with emphasis on what can be learned from them in terms of winning a won game.