A Celebration of Literary Misprints, Mistakes and Mishaps 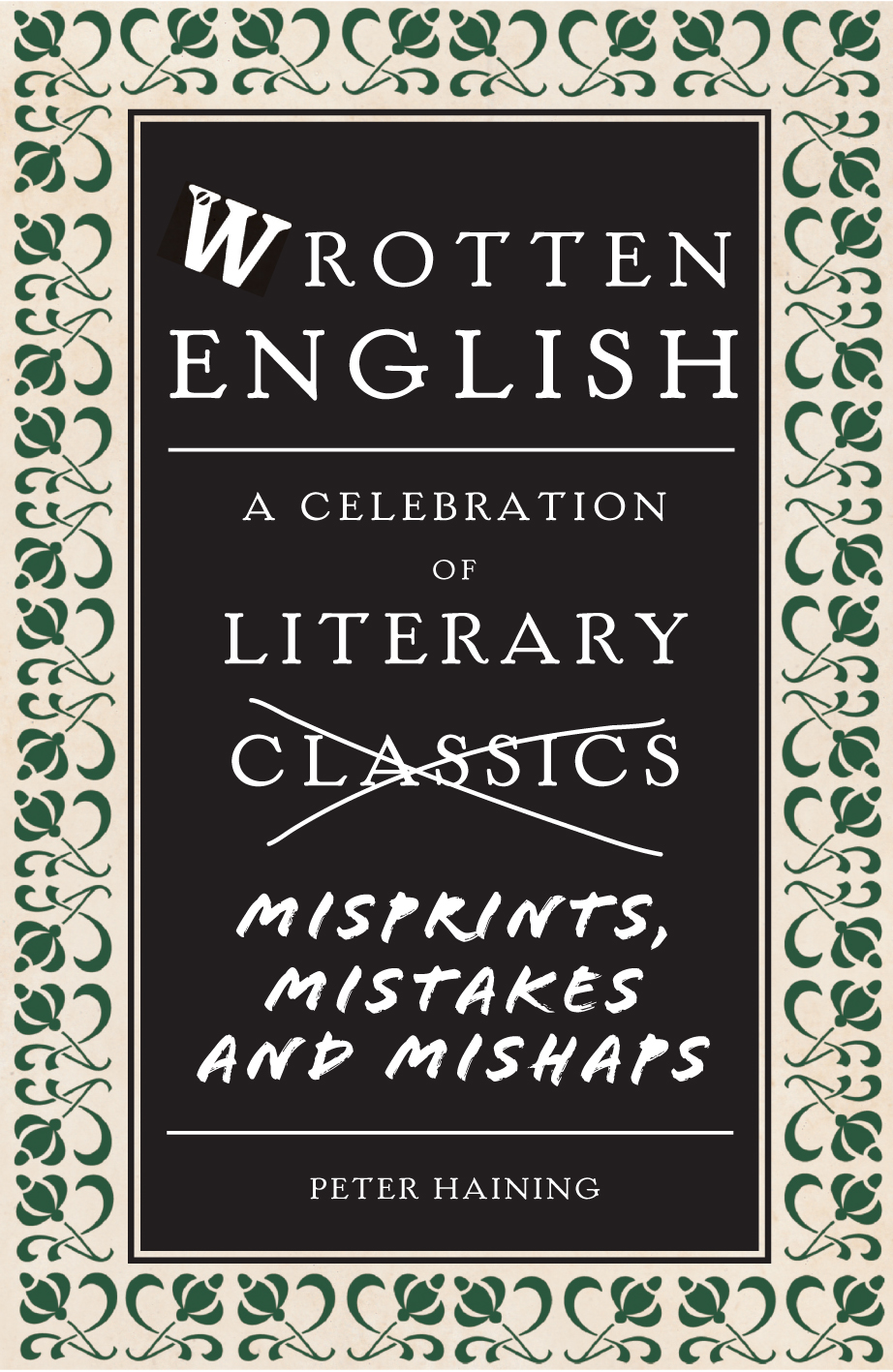 Following on from the hilarious collection of typos, gaffes and howlers in Portico’s A Steroid Hit the Earth, comes Wrotten English – a fabulously funny collection of literary blunders from classic, and not-so classic, works of literature. This book is an anthology of side-splitting authors’ errors, publishers’ boobs, printers’ devils, terrible titles, comical clangers and all manner of literary lunacy dating back since the invention of the printing press.

Painstakingly researched and tapping in to the public’s insatiable general interest with the written word, Wrotten English contains curious opening lines, fantastic fictions whose titles are too terrible to be true and some of the most suggestive double entendres committed by those who really should know better!