Chris Wroblewski is considered to be the world’s foremost photographer of tattoo art.  Skin Shows: The Tattoo Bible sold 12,496 copies (BIDS). Chris Wroblewski began documenting tattoos in 1976 and  20 years later he has had over 15 books on tattoos published. Chris Wroblewski is based in London and will be available for all publicity requirements. Chris once appeared on the ‘David Letterman Show’ while touring the States promoting ‘Pigments of Imagination’. 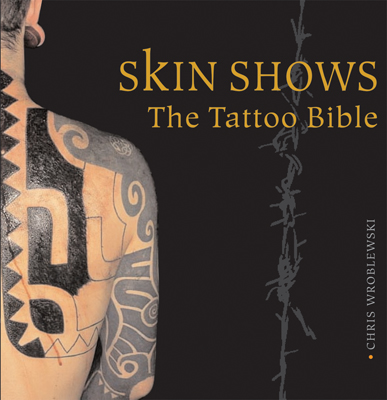