Michael A Lee is a talented  – and persistent – writer of letters who is very handy with a pen. His first letter for Written in Jest, in which he applied to become the Mayor of El Paso, appeared on CBS Channel 4 News. He followed this up by (successfully) applying for the post of Beast of Bodmin Moor. He has published three successful humour titles for Anova. He is an established after-dinner speaker and lives in Huddersfield. 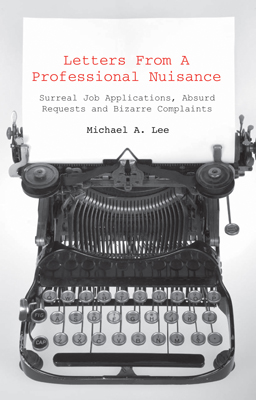 Letters From A Professional Nuisance

MORE >
Instagram
Thrilled to be highlighting this one too - out thi