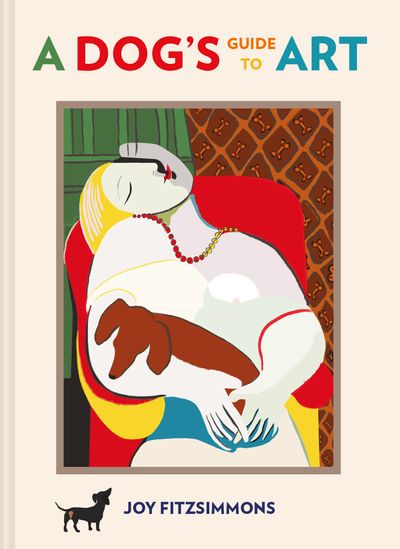 A Dog's Guide to Art

A light-hearted look at art through canine eyes.

Join dachshunds Ned and Henry for an energetic romp through the world of art, encountering famous paintings and sculptures from a four-legged perspective.

Watch them lead their gang of hounds – including schnauzers, jack russells, greyhounds, border terriers and labradors – on an eventful trip through the gallery, taking in modernist masterpieces and much-loved Old Masters. On their way they encounter Whistler’s Mother, Picasso’s The Dream, Matisse’s The Fall of Icarus, Magritte’s Lab and a Dachshund Pollock – all culminating in a doggy version of Campbell’s Soup, Warhol’s Squirrel Soup for dogs!

Illustrator Joy FitzSimmons shows us beloved works of art playfully re-imagined by man’s best friend. From Rousseau to Riley, Hokusai to Hockney, this canine homage takes us across the globe from Tate to the Prado to MoMA, to the British Museum and beyond.