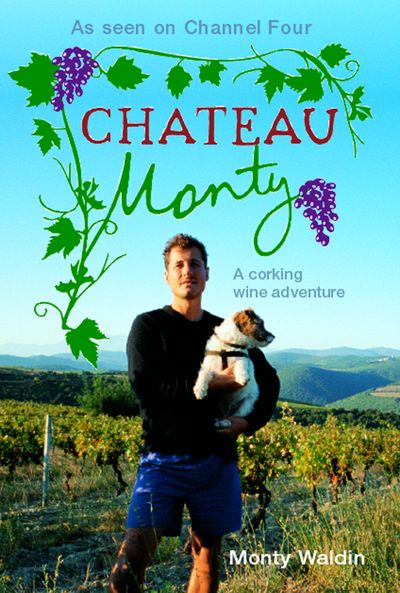 Top wine critic and author, Monty Waldin, has decided to put his money where his opinionated mouth is and pack it all in to make wine biodynamically in rural France.

He has just over a year to turn 4 hectares into top selling organic wine. Renovating an old cabin on his vineyard so he can babysit his vines 24/7, his only company will be his donkey and occasionally his high maintenance girlfriend Silvana when she jets in from Italy.

Regarded by peers as a bit loopy because of his views about Biodynamics, and even as the enfant terrible of the wine world (he’s upset the establishment for his harsh criticisms of the wine industry), Monty’s nonetheless forged a successful career and written several award-winning books …

But now he’s abandoning life behind the laptop for a new one making his own wine in the French Pyrenees.

For a sneak preview of Chateau Monty go to Channel4.com.

Author: Monty Waldin
Format: Hardback
Release Date: 16/09/2008
Pages: 288
ISBN: 978-1-906032-28-9
Monty Waldin is an independent wine critic and an authority on organic wine. Twice nominated for the Champagne Lanson Black Label Award, he is regular contributor to TV and radio. He has worked in vineyards and fermented wines in Bordeaux, Chile, California and Germany.