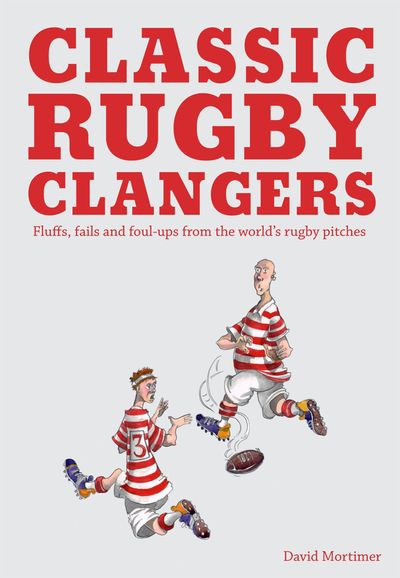 A highly amusing collection of rugby’s most cringeworthy moments, from messed-up tries and fluffed penalties to post-match hi-jinks.

This hilarious collection of stories taken from over 130 years of rugby history recounts some of the moments their perpetrators would rather forget. A relentlessly high-speed game, rugby is particularly prone to crucial split-second tests of human fallibility and eccentricity, and for every player snatching victory at the last gasp there is somebody whose overconfidence or moment of self-doubt leaves the spectator clutching his head in disbelief. And on top of that, rugby players are notorious for their off-the-pitch shenanigans, many examples of which are featured here.

Specially updated and revised with brand-new material for the 2015 Rugby World Cup, taking place in England for the first time in over 20 years, this book is a must-buy for the rugby nut in your life.

Author: David Mortimer
Format: Paperback
Release Date: 01/10/2015
Pages: 192
ISBN: 978-1-910232-07-1
David Mortimer's pedigree for searching out the moments when it all went wrong springs in the first instance from a failure to master any position on a rugby pitch, despite trying most of them. This enabled him to recognise a hundred and one ways of throwing a match away, and from this position of authority he has since dispensed lungfuls of good advice from the safety of the touchline.