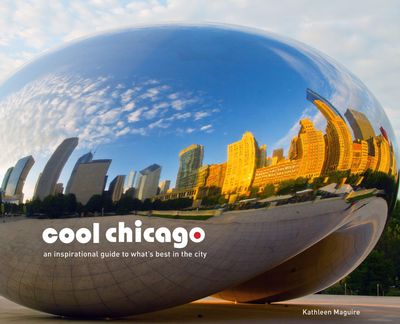 Showcasing the best art and architecture of the Windy City, along with edgy shops and funky restaurants, Cool Chicago features the places that Chicagoans like to spend their time.

The book is an insider’s guide to Chicago, written by a Chicago guide who wants to show off the best of her city – in this instance Kathleen Maguire (Author of Chicago Then and Now). The book first appeared in 2014 and has been totally revised for 2020.