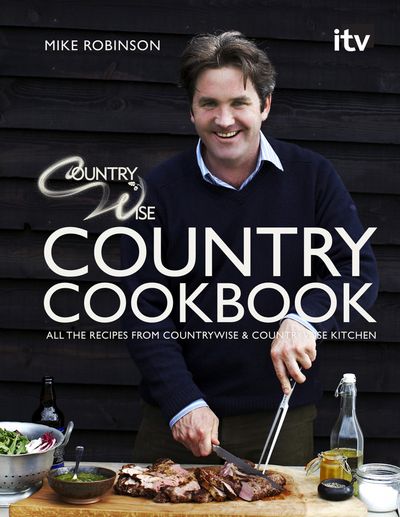 A TV tie-in to the primetime ITV series Countrywise and Countrywise Kitchen, both co-presented by Mike Robinson, due to be aired April-June 2011. With more than 100 recipes and gorgeous specially commissioned photographs.

Countrywise Kitchen proved one of the most popular food series of 2010, with viewing figures regularly hitting over 4 million when it aired on ITV1 primetime. Now, for the first time, its co-presenter and chef Mike Robinson brings you the best recipes of the 2010 and 2011 series – plus dishes from its sister show Countrywise, which is now entering its third series.

There are lots of recipes for cooking with country ingredients, from partridge to chicken, lamb to pork, salmon to mackerel, blackberries to plums. Stews, roasts and soups sit alongside cakes, puddings and jams in this accessible cookbook that celebrates the best of British ingredients in dishes that herald from far and wide – from a roast shoulder of pork to a Thai noodle soup.

All the recipes are simple to prepare and even those with the most surprising flavours are created from everyday ingredients that can be bought from the supermarket.

Packed with information on selecting the best ingredients, eating seasonally and foraging, this book is an invaluable source of information as well as a delicious collection of recipes.

Author: Mike Robinson
Format: Hardback
Release Date: 10/10/2011
Pages: 240
ISBN: 978-1-86205-932-0
Mike Robinson is the chef and co-presenter of the enormously successful primetime TV series Countrywise and Countrywise Kitchen. Now in its third series, with 8 x 1 hour episodes scheduled for ITV1 8pm tuesdays in April and May, Countrywise regularly attracts 4.5 million viewers per episode. Countrywise Kitchen was launched in 2010 to similar viewing figures, and a new series of 6 episodes has been commissioned for primetime ITV1 in May/June 2011. Mike is also a gamekeeper, and manages four estates in his home county of Berkshire. He runs a cookery school and pub, The Pot Kiln, and is co-proprietor of the Michelin starred London pub The Harwood Arms.