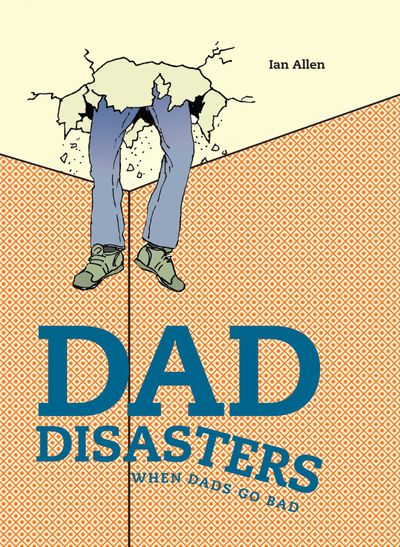 A multifarious collection of cock-ups, fiascos and debacles that all have one thing in common – Dads.

Disasters are terrible things: the sinking of the Titanic, the crash of the
Hindenburg, the collapse of the Tay Bridge, etc. – not funny at all. But Dad Disasters are a completely different kettle of fishfingers. From DIY debacles to motoring mishaps, your typical Dad is highly skilled in putting his foot in it in a variety of hilarious ways.

Dad Disasters contains a wealth of stories from around the world illustrating the daft things Dads can get up to without even trying, and the disastrous situations famous Dads have created. Plus, a collection of the silliest things ever done by ordinary Dads to put their own stamp on family history. And, of course, no book for Dads would be complete without a sprinkling of jokes old and new about dopey Dads and their travails. Whether the Dad in your life is a seasoned veteran with all the campaign medals or a terrified new recruit who still doesn’t which way up the baby goes, this is the perfect book for him.

Author: Ian Allen
Format: Hardcover
Release Date: 01/08/2016
Pages: 112
ISBN: 978-1-911042-00-6
Ian Allen recently withdrew from the human race after being lapped for the third time by his children, and is now a professional Dad. He isn’t anywhere near as funny as he thinks he is, which is quite tragic because even he doesn’t think he’s particularly funny. His books of other people’s jokes, however, have been known to provoke the odd chuckle.