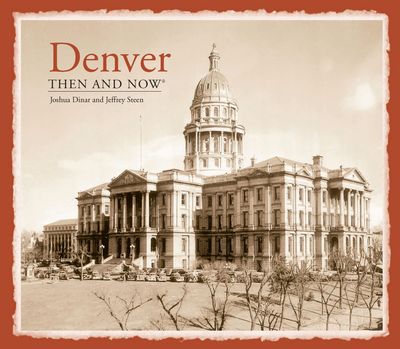 Part of the 4-miliion-selling-trademark series from Anova Books – a fascinating historical tour of Denver, with the same view photographed today, from a great local author.

Much has changed since Denver was dubbed “Queen City of the Plains” over a century ago. Denver’s birth coincided with the dawn of the photography age and so the transformation from frontier town to metropolis has been recorded at every step of the way. Denver Then and Now is a journey through the life of the Mile High City and a tribute to its ever-changing façade, chronicling the sad losses but also the preservation triumphs.