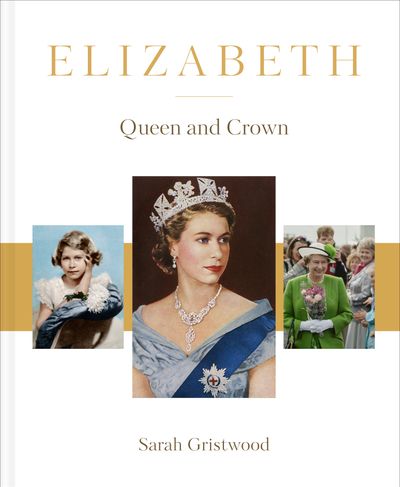 Reissued to coincide with her Platinum Jubilee, Sarah Gristwood celebrates Queen Elizabeth II, the most high-profile monarch in the world, and how her enduring popularity is tantamount to her many supporters. The twists and turns of her life follow her teenage years during the war, marrying the Duke of Edinburgh and her ascension to the throne.

An internationally admired figure, Her Majesty Queen Elizabeth II is the most high-profile monarch in the world, enjoying enduring and wide-ranging popularity.

Spanning from 1926 to the present day, Elizabeth The Queen and the Crown reveals the story behind Britain’s longest-reigning monarch’s extraordinary life. Sarah Gristwood follows the twists and turns of Her Majesty’s life and its key turning points – including her teenage years during World War II, meeting and marrying Prince Philip of Greece, later the Duke of Edinburgh, and her accession to the throne in 1952.

Split into chapters covering different periods of her life, from ‘Apprenticeship (1926–1956)’, ‘Being Queen (1956–1986)’ to ‘Change, Celebration and Commemoration (1986–2022)’, the book charts the extraordinary events in the Queen’s life alongside the everyday duties of her role as monarch.

Author: Sarah Gristwood
Format: Hardcover
Release Date: 01/11/2022
Pages: 160
ISBN: 978-1-911682-55-4
Sarah Gristwood is a bestselling biographer and commentator on royal affairs. She regularly contributes to documentary series such as The Royal House of Windsor, The Windsors: Inside the Crown, The Queen Mother, and Inside… Balmoral/Windsor Castle/St Paul's Cathedral, Westminster Abbey, as well as appearing on international news channels from CNN to Sky News, and BBC World to CBC. A former film journalist, she has also authored or co-authored books on the history of royal weddings; Beatrix Potter; Winston Churchill; and Virginia Woolf and Vita Sackville-West; while her Tudor histories include, most recently, Game of Queens and The Tudors in Love.