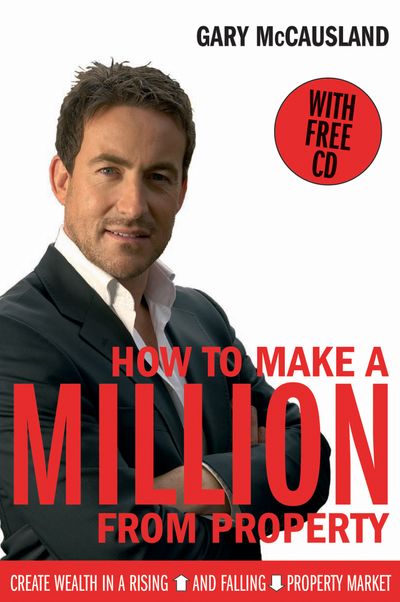 How to Make A Million From Property: Create Wealth in a Rising and Falling Property Market

Wouldn’t it be great if you could go into property developing knowing all the pitfalls in advance and avoid the common errors made by most first time property developers.

Gary’s television work continually proves to him how little the wider public actually know about his trade – despite its high profile – and he is fed up of seeing solicitors, agents and builders pull the wool over people’s eyes. This passionate and opinionated guide will help first timers avoid costly mistakes by arming them with insider advice and knowledge. Turning the property sections in the bookshops upside down, ‘Make a Million From Property’ is upfront, candid, jargon-free and utterly devoid of bullshit – packed with the concrete facts from which readers can learn exactly how the best deals are brokered and broken.

Author: Gary McCausland
Format: Other Format (A Format)
Release Date: 17 Mar 2008
Pages: 144
ISBN: 978-1-84340-468-2
Gary is an expert property developer & businessman, and now a successful television presenter. He is the founder and Managing Director of central London based Richland Developments, and co owner of Soho\'s The Kingly Club. He has presented two series of the hugely popular \'How to be a Property Developer\' for Five TV, achieving audience figures of several million, and is currently filming the third series and also working on two new prime time TV shows.