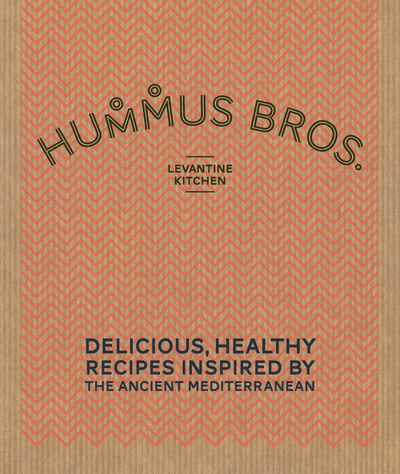 People are passionate about hummus. This versatile, cheap and healthy dip a true staple of the eastern Mediterranean, where every restaurant wants to be known as makers of the best hummus in town.

The Hummus Bros. offer the best hummus in London and now they bring it to the world via their first book.

A quick look at the Hummus Bros’ menu and you’ll notice a diverse range of accompaniments to hummus, which is the main star. Because rather than being just a dip, the Hummus Bros see hummus as a way of eating. Here they share 60 recipes, from the hummus itself, though meat and veggie accompaniments, the essential falafel recipe, salads, breads, sauces and even delicious desserts and drinks. Featuring lamb with pine nuts and Middle Eastern spices, smoky barbecued aubergine, tabouleh, a 5000-year-old recipe for fava beans, and even a surprising guacamole.

All the recipes are simple and fresh and easy to prepare. They are also healthy, fashionable and easy on the pocket. Beautifully photographed and designed, Hummus Bros. Levantine Kitchen is an essential book for anyone keen on the humble chickpea. Learn to make the best hummus. Ever.

Author: Hummus Bros.
Format: Hardback
Release Date: 24/07/2014
Pages: 160
ISBN: 978-1-909108-98-1
The first Hummus Bros. opened on Wardour Street, Soho, London in August 2005. They now also have restaurants in Holborn, St. Paul's and Exmouth Market. Their superior-tasting hummus is made daily from carefully selected, fresh ingredients and served with mouth-watering toppings and beautifully warm pitta bread. A unique selection of salads, soups, desserts and coffee complements the feast. For them, it's simple: it's about making great hummus.