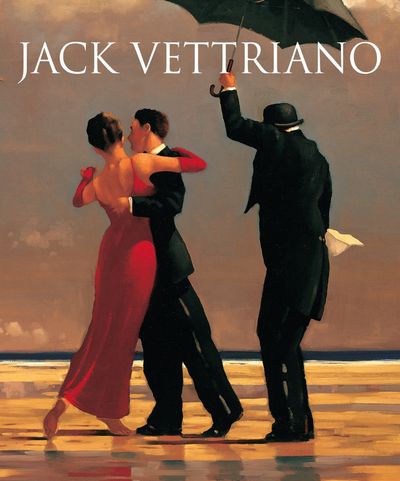 Emerging from the unlikely background of the Scottish coalfields, unknown and untutored, Jack Vettriano has become Scotland’s most successful and controversial contemporary artist.

Appearing on posters and cards, mugs and umbrellas, prints of his work outsell van Gogh, Dali and Monet and his paintings have been acquired by celebrities around the world. Vettriano’s images are a gateway to an alluring yet sinister world; a timeless place where past and present intertwine. Daylight scenes of heady optimism, painted against backdrops of beaches and racetracks, are counterbalanced by more disquieting canvases of complex night-time liaisons in bars, clubs, bedrooms and ballrooms.

His powerful canvases are beautifully captured in this new edition of Jack Vettriano, which includes 15 more recent images, from exhibitions between 2006 and 2010.

Author: Jack Vettriano
Format: Hardcover
Release Date: 01/04/2012
Pages: 208
ISBN: 978-1-86205-944-3
Detailed Edition: Second edition
Jack Vettriano is entirely self-taught. A Scotsman of Italian descent, he left school at sixteen to become a mining engineer working down the Fife coalfields. For his twenty-first birthday a girlfriend gave him a set of watercolour paints and from then on, he spent much of his spare time teaching himself to paint. His first solo exhibition in Edinburgh was a sell-out and since then he has had solo exhibitions in London, Hong Kong and New York. Over the last twenty years, interest in Vettriano’s work has grown consistently. Vettriano’s best known painting, The Singing Butler, was sold at Sotheby’s for close to £750,000. He was awarded an OBE for Services to the Visual Arts. In 2013, a major twenty year Retrospective exhibition of Vettriano's work was staged at Kelvingrove art Gallery and Musuem in Glasgow. He lives in Edinburgh.