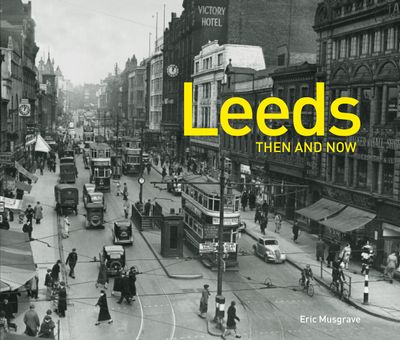 Using archive photos from the 1860s to the 1960 paired with a modern viewpoint, Leeds Then and Now shows how the great northern powerhouse has retained and adapted its  classic Victorian buildings, such as Kirkgate Market, to a 21st-century economy.

Author: Eric Musgrave
Format: Hardback
Release Date: 04/07/2019
Pages: 144
ISBN: 978-1-911595-91-5
Eric Musgrave has written about fashion for over 25 years. An award-winning editor-in-chief of Drapers, the UK's top fashion business weekly, he has also held senior roles at Men's Wear, International Textiles (Amsterdam), Fashion Weekly and Sportswear International (Milan). He was the launch editor of men's style mag, For Him Magazine (now FHM). He is now a consultant to the fashion business and writes for many publications.