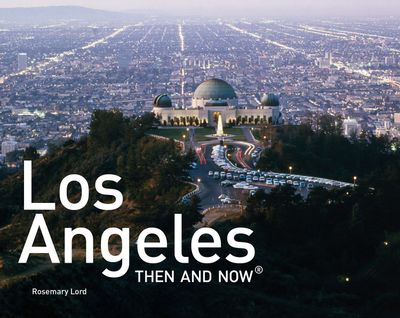 A perfect, souvenir-sized Then and Now featuring all the best-known tourist locations from Los Angeles, with a host of vintage color photos.

Originally produced in 2002 the standard-sized book has been a constant-seller over the years. It was rephotographed by Karl Mondon in 2018, revised by the author with new spreads added and totally redesigned. This new edition includes match-ups exclusive to the Mini Hardback.

Author: Rosemary Lord
Format: Hardcover
Release Date: 03/03/2020
Pages: 96
ISBN: 978-1-911641-05-6
Rosemary Lord has spent over 20 years working in Los Angeles, acting in theater, films, and television as well as working as a senior publicist for Columbia Pictures. She has written for a variety of high profile magazines in the U.S. and Europe, fitting in the odd film and television script, as well as a travel book and two novels. She is the author of Los Angeles Then and Now.