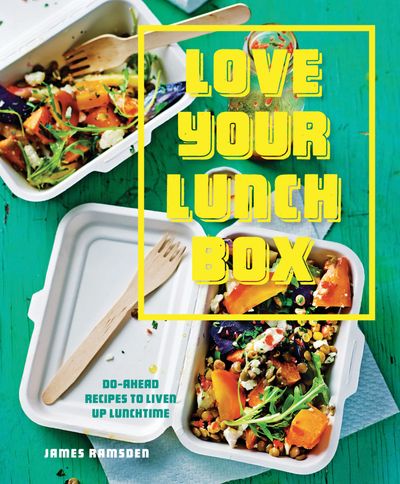 Love Your Lunchbox: Do-ahead recipes to liven up lunchtime

The cookbook that no desktop gourmet can do without.

Homemade lunches needn’t be boring or repetitive. Liven things up with these creative recipes, that are also easy on the wallet. From super noodles to nutritious salads, belly-filling sarnies, or snack-time treats, there’s a recipe for every situation.

James Ramsden, creator of the Secret Larder supper club, co-owner of resturant Pigdin and author of Do-ahead Dinners and Do-ahead Christmas has applied his practical do-ahead ethos and talent for inventive and satisfying flavour combinations to give you the ultimate lunchtime menu.

Author: James Ramsden
Format: Paperback
Release Date: 12/05/2016
Pages: 128
ISBN: 978-1-910904-54-1
James Ramsden is a 29-year-old food writer, cook, and knife-for-hire. He has written about food and cookery for the Guardian, The Times, the FT, delicious., Sainsbury’s Magazine, London Evening Standard and many others. His supper club, the Secret Larder, is one of the most popular in London and was described by one journalist as “harder to get into than the Ivy.” and co-founder of Hackney based restaurant Pidgin. He has built a reputation for creating exciting, trendy, tasty food without the gaga gourmet, and yet he is also known for his relaxed and sociable presence among the guests. He is the author of Small Adventures in Cooking and other Pavilion titles, Do-ahead Dinners (2012) and Do-ahead Christmas (2014).