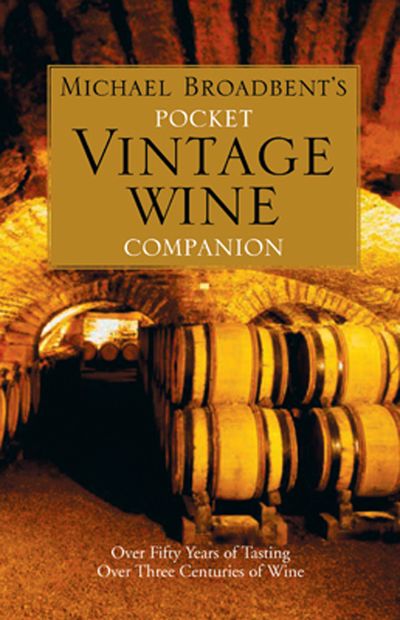 Michael Broadbent almost certainly knows more about fine wine than anyone else alive. Recruited by Christie’s in 1966 to revive their wine auction business, he has, according to The Oxford Companion to Wine, ‘traded in and tasted a greater number of fine and rare wines than anyone else in the world.’

He has meticulously recorded his impressions of every wine he has ever tasted, now over 90,000 of them in 148 notebooks. His original large-volume Vintage Wine was published in 2002 and quickly became a classic reference book for members of the wine trade and collectors worldwide, winning top awards in the UK, USA, Germany and Switzerland.

This pocket edition distils the best of Michael’s over fifty years’ knowledge of fine wine and covers wines that are being collected, consumed, traded and appreciated by wine enthusiasts in all corners of the globe. The tasting notes are written with Michael’s trademark wit and elegance.