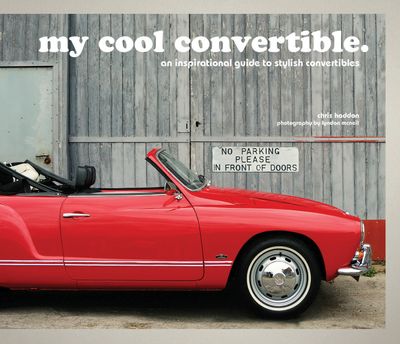 My Cool - my cool convertible: an inspirational guide to stylish convertibles (My Cool)

This latest title in the highly successful ‘my cool’ vehicle series covers the world of open top motoring. The book includes a broad mix of ‘cool’ convertibles, and their owners, from vintage to classic and modern, with eye-catching photography and locations, captured by specialist car photographer Lyndon McNeil.

Author: Chris Haddon
Format: Hardcover
Release Date: 01/08/2016
Pages: 160
ISBN: 978-1-910904-30-5
Chris Haddon is a multi-disciplinary designer with almost 20 years experience. He has a huge passion for all things retro and among his collection of vintage caravans is his studio which is a converted 1960s Airstream. He had for many years hankered after the perfect classic car to accompany his retro caravans. The journey that he took when looking for the car he now owns led him to admire and consider many various possibilities along the way.