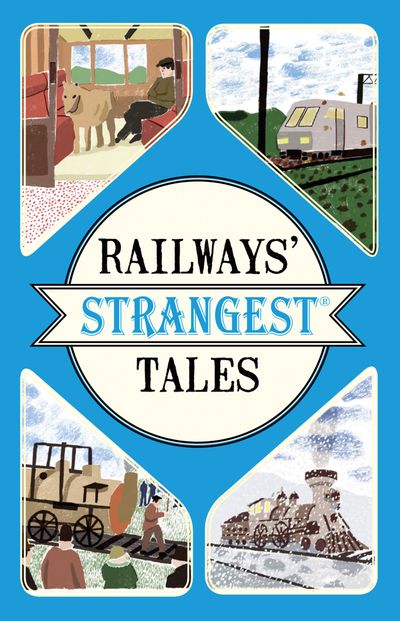 A fascinating collection of bizarre but true stories from nearly 200 years of railway history.

Right from the very start, when George Stephenson’s famous Rocket knocked over and killed a government minister at the opening of the Liverpool to Manchester line in 1830, the world’s railways have given rise to plenty of intriguing stories. In this fascinating book, revised and updated with a new selection of tales, railway buff Tom Quinn explores the more bizarre side of train travel, featuring weird weather conditions, audacious robberies, hair-raising accidents, vanishing passengers, an infestation of maggots and a mysterious missing mummy.

From the dawn of rail travel, when speeds of 15mph were considered dangerous to health and people mistook engines for fire-breathing demons, through the Victorian heyday of royal trains and seaside specials to today’s more prosaic leaves on the line, this whistlestop tour through railways’ long and storied history is the perfect gift for armchair travellers, history fans and trainspotters.

Author: Tom Quinn
Format: Paperback
Release Date: 01/01/2018
Pages: 256
ISBN: 978-1-911042-80-8
Tom Quinn is a journalist, juggler, orange peel collector and expert on Victorian fish painters, who spends much of his time travelling round Britain looking for quirky subjects to write about. He has written five titles in the best-selling Strangest series. Tom also writes occasional obituaries for The Times and edits Country Business magazine.