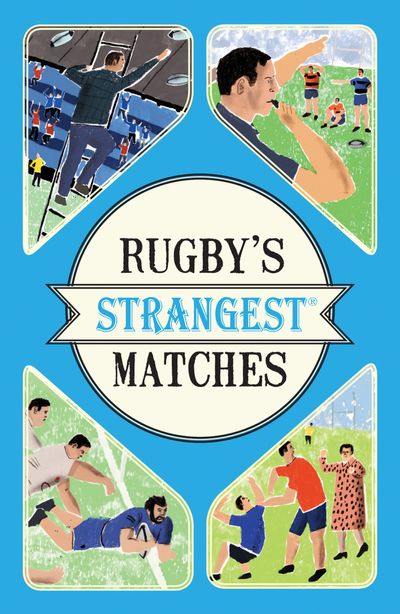 Strangest - Rugby's Strangest Matches: Extraordinary but true stories from over a century of rugby (Strangest)

A curious collection of true stories from the stranger side of rugby, featuring the the Irish international who arranged his marriage so he could play against England, the team of football players who beat their rugby counterparts at their own game, and the day the entire Wales team was sent off.

Rugby fans will delight in this astonishing collection of outlandish stories from the past 150 years of the game. Here you’ll find, among many other curious events, the Irish international who arranged his marriage in order to play against England, the team of top soccer players who beat their rugby counterparts at their own game, the day the entire Wales team was sent off, and when in an astonishing turn of events underdog Japan trimphed and beat South Africa (and who doesn’t love an underdog). The tales in this book are bizarre, fascinating, and, most importantly, true.

Revised, redesigned and updated for 2016, this book makes the perfect gift for the rugby obsessive in your life.