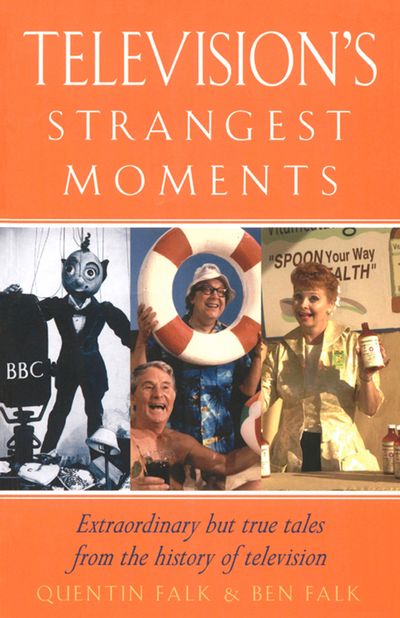 medium in his small Soho laboratory, the history of television has been littered

with remarkable but true tales of the unexpected.

Ranging from bizarre stories of actors’ shenanigans to strange but true

executive and marketing decisions, and covering over one hundred shows,

tome of TV trivia. Why did the quintessential English sleuth The Saint drive a

Swedish car? What happened when Michael Aspel met Nora Batty on the set of

the 1960s drama-documentary ‘The War Game’? Why is the Halloween chiller