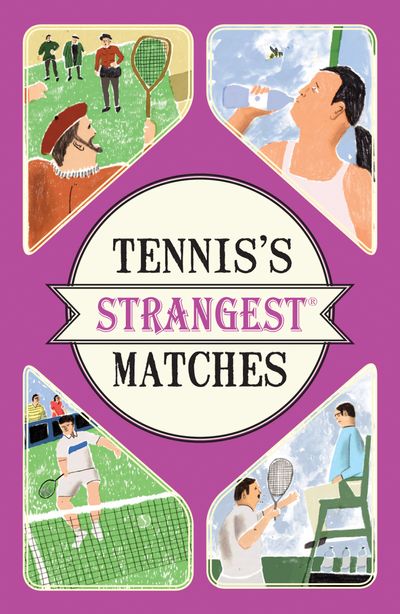 Tennis's Strangest Matches: Extraordinary but true stories from over five centuries of tennis

In this hugely entertaining collection of stories taken from over a hundred years of world tennis history, award-winning sports historian Peter Seddon has gathered together the most extraordinary events ever to occur on a tennis court.

They include the Wimbledon final between the tea-drinking vicar and a convicted murderer, and the ‘Match of the Century’ between the ‘Women’s Libber’ and the ‘Male Chauvinist Pig’. There are matches played on board ship and on the wings of an airborne plane, a game played in full regimental dress, and meet the player who rated himself so highly he played an entire match while carrying someone ‘piggy-back’. The stories in this book are bizarre, fascinating, hilarious, and, most importantly, true.

Revised, redesigned and updated for a new generation of tennis fanatics, this book is a unique look at the curiosities of an endlessly popular sport, revealing the ‘strawberries and cream’ game as you’ve never seen it before.

Author: Peter Seddon
Format: Paperback
Release Date: 09/06/2016
Pages: 256
ISBN: 978-1-910232-95-8
Peter Seddon is a well-known and highly experienced author, responsible for numerous titles including three books in the successful Strangest… series. Other publications include Football Talk, A Football Companion and The Little Book of Derby County, as well as a comprehensive biography of Derby County legend Steve Bloomer (Peter is a lifelong Rams fan).