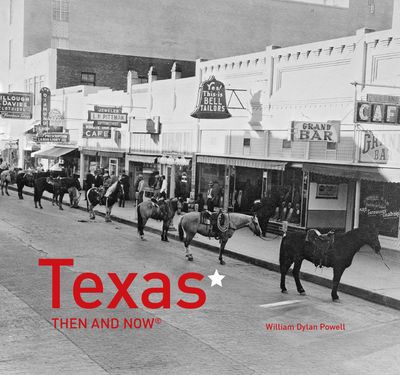 Texas Then and Now features the most prominent locations from around the state, comparing vintage photographs with modern views of the same scenes today.

Included on these pages are many of the great Texas universities, tourist draws in Austin and Galveston, the historic oil strike at Spindletop, the old stockyards of Fort Worth, the Texas State Capitol in Austin, and the state fairgrounds in Dallas. This collection of Texas landmarks provides a vivid portrait of a dynamic and expanding state—but one that has not forgotten its rich and enduring history.