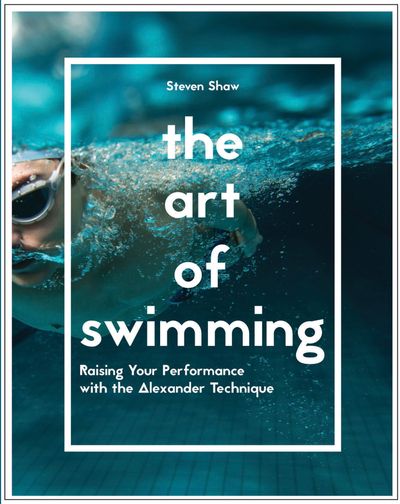 The Art of Swimming: Raising your performance with the Alexander Technique

Based on a 35-year voyage of discovery into the art of swimming, this work looks at the most popular strokes – front crawl, back stroke, breast stroke and butterfly – focusing on maximum efficiency and minimum strain.

Swimming improves your flexibility, tones your body and can help to boost your self-esteem and produce a sense of well being. It is the nation’s most popular sporting activity with 11.9 million people swimming regularly. However, most people don’t know how to swim properly.

Steven Shaw’s method takes the Alexander Technique into the swimming pool – focusing on releasing tension from the head, neck and back. Steven has evolved a unique way of breaking down strokes into a series of therapeutic movements, which can be practised individually or with a partner, in a pool or on dry land. These provide the building blocks, which combine to make it possible for anyone to recraft their own strokes in a way that promote good body use and avoid injuries. Instead of performing physical actions in an automatic way, you begin to learn body awareness. This way of swimming not only feels freer and more open, it is graceful and has a sense of flow, often absent from the way many people swim.

Author: Steven Shaw
Format: Paperback
Release Date: 12 May 2016
Pages: 160
ISBN: 978-1-910231-84-5
Steven Shaw is a teacher of the Alexander Technique and a former competitive swimmer. Over the past twenty years he has developed a revolutionary approach to swimming, The Shaw Method, which has helped thousands of people to find freedom in the water. Steven offers private lessons, group workshops and residential courses throughout the UK and abroad. Shaw’s method is rapidly spreading throughout the world and is currently taught in over 10 countries.