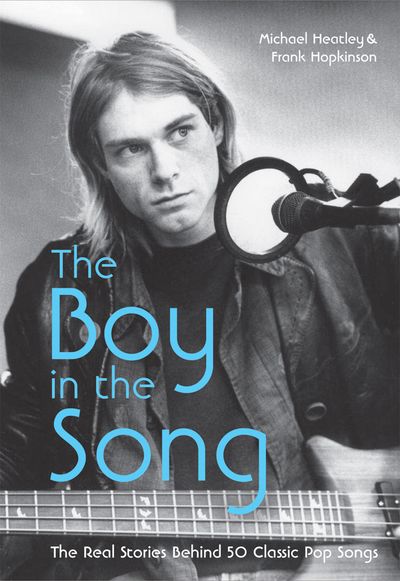 The Boy in the Song: The real stories behind 50 classic pop songs

The Boy in the Song is a follow up to 2010’s The Girl in the Song. It features the real-life stories that inspired some classic pop songs about the male of the species.

While the first book was filled with songs about unrequited love, the follow-up is more varied, with songs written from a number of emotions. There are songs motivated by love and hate, there are tributes and there are biographical tales. Each song is featured on two, four or six pages with a small biography of the artist along with the story of how and why the song was written, and, most intriguingly, what happened after the song became a hit.

Author: Michael Heatley
Format: Hardback
Release Date: 03/05/2012
Pages: 144
ISBN: 978-1-907554-52-0
Michael Heatley has written over 100 books, ranging from rock and pop biographies to popular science, humour and sports titles. He has contributed to many rock music encyclopedias, including the Virgin Encyclopedia of Rock (1996), and music biographies, including Eminem (2001) and Deep Purple (2007). He has written for magazines including Music Week, Billboard and Record Collector. His most recent titles for Anova include: Music That Shook The World (2008), Stars and Guitars (2010) and The Girl in The Song (2010).