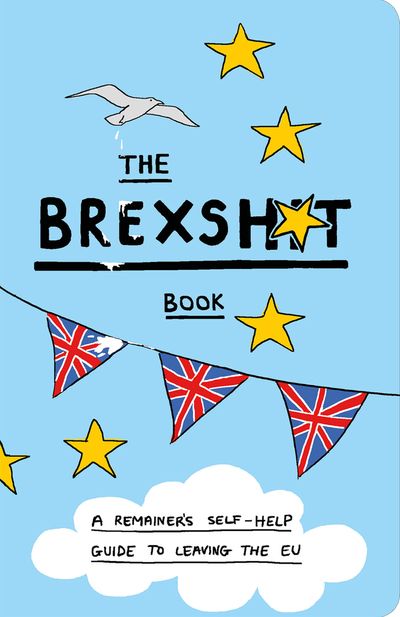 The Brexshit Book: A Remainer's Self-Help Guide to Leaving the EU

A hilarious self-help activity book to help die-hard Remainers overcome their depression and grief around the EU referendum result and walk tall post-Brexit.

This is the book for the 16 Million of us that woke up the day after the night before the EU referendum to find our Euro dreams in tatters. This is a book about leaving when you really wanted to stay. This is a book about having to deal with the consequences of someone else’s decision. This is a book that will lead you mindfully (and not without some good hearted political mockery) down the path of acceptance into the cold hard Brexit dawn.

Author: Steven S. Stevens
Format: Paperback
Release Date: 01/01/2017
Pages: 160
ISBN: 978-1-911042-69-3
Steven S. Stevens is a made-up author. If he did exist, he would probably live in London, England, and would have possibly spent most of his career penning various BBC and Channel 4 sitcom scripts, TV pilots, kids’ comedy series etc, etc. And he might even be comprised of three separate, middle-aged men. Who knows? Steven S. Stevens did not go to Oxford, or Cambridge either (that is if he did exist, which he doesn’t).