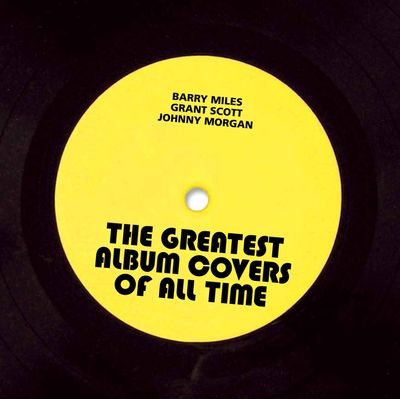 The Greatest Album Covers of All Time

With the resurgence of vinyl going from strength to strength, album cover art is as important as it’s ever been.

This sumptuous book brings together 250 of the greatest album covers of all time and is arranged chronologically, beginning in 1956. Our judging panel, drawn from the great and the good of the music industry, has selected the final 275 entries, giving their reasons for selection to accompany the illustrations. From rock ‘n’ roll to pop, R&B to jazz, blues and even folk, some of the album covers included are obvious classics, while others will surprise readers and jog memories. The chosen entries might not necessarily be of a best-selling release, but they are important artistically, stylistically or culturally. This fascinating book forms a wonderful visual record of this popular art form, and is an essential read for music fans the world over.

Author: Barry Miles
Format: Hardcover
Release Date: 08/09/2016
Pages: 272
ISBN: 978-1-910231-98-2
Grant Scott is a professional photographer and art director who has worked with leading magazines including Tatler and Elle. His work is held in the permanent collections of galleries including MOMA New York and the V&A, London.Music journalist Johnny Morgan has contributed to many different music magazines, and before becoming a writer he was a professional musician and band manager. Barry Miles is a well-known British music writer and art director. His previous books include The Sixties and Hippie.