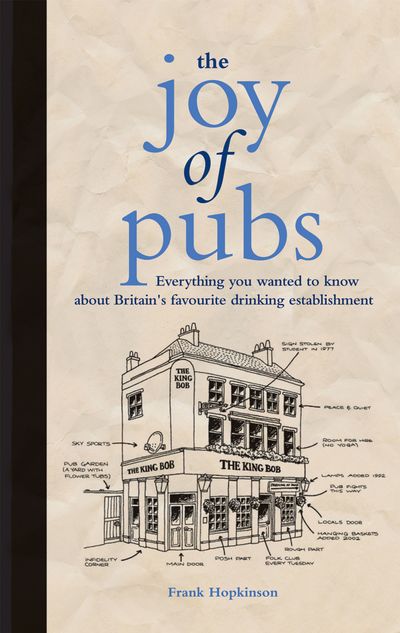 The Joy of Pubs: Everything you wanted to know about Britain's favourite drinking establishment

Following on in the same vain as The Joy of Sheds, The Joy of Pubs is an intoxicating publication detailing everything and anything you want to know about pubs.

It celebrates the many facets of the traditional British pub over the years, with chapters on: Pub Characters, Pub Games, Pub Fiddles (how the licensee has shafted his customers over the years), Pub Teams and Pub History from Geoffrey Chaucer to Jeffrey Bernard.

It features tales of barring, of dodgy deals of riotous lock-ins and of strange hauntings. The perfect present for anyone who loves their pub or just the idea that they have a pub.

Author: Frank Hopkinson
Format: Hardback
Release Date: 03/10/2013
Pages: 160
ISBN: 978-1-907554-82-7
Frank Hopkinson is a photographer with a wide variety of commissions in books, websites and magazines. His most recent work for Pavilion Books has been for Puerto Rico Then and Now, Savannah Then and Now, Brooklyn Then and Now and Paris Then and Now.