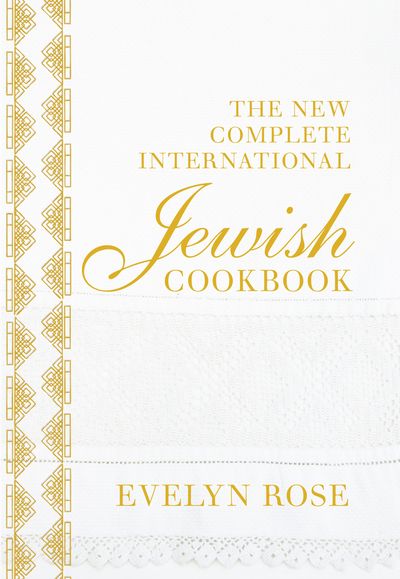 This new illustrated edition of Evelyn Rose’s classic book has been completely revised and updated by Evelyn’s daughter Judi, ensuring it continues to be the culinary bible of Jewish cuisine.

Packed with mouth-watering ideas for both family meals and those special occasions when you want to impress without spending hours in the kitchen, the book contains over 1000 fail-safe recipes for which the author is justly celebrated. Ideal for novices and experienced cooks alike, the easy-to-follow recipes showcase the diversity of Jewish cooking which draws influences from Eastern Europe, the Mediterranean and Middle East.

From soups and starters to desserts, breads and baking, the recipes provide inspiration for everyday cooking as well as step-by step features on entertaining through the seasons. A guide to the major Jewish festivals, such as Passover, explains the ‘why’ and ‘hows’ of much-loved symbolic dishes as well as providing menu plans.

Author: Evelyn Rose
Format: Hardcover
Release Date: 01/08/2011
Pages: 560
ISBN: 978-1-86205-908-5
Evelyn Rose was a world authority on Jewish food and the foremost Jewish food writer in Britain. She was food editor of the Jewish Chronicle for over three decades and regularly appeared on TV and radio. In 1989 she was awarded an MBE for her services to the consumer and was an Honorary Life Fellow of the Institute of Home Economics. She died in May 2003.