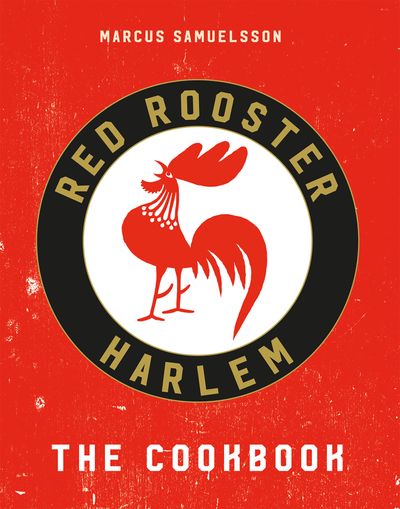 The Red Rooster Cookbook is much more than a collection of recipes. It’s a love letter to Harlem shown through the people, music, soul, and food. Marcus’ Ethiopian and Swedish upbringing converge with his Harlem-American present to give readers a culinary clash of dishes to try.

Publication coincides with the opening of Samuelsson’s first international outpost of Red Rooster in Shoreditch, London, May 2017

Ever since the 1930s, Harlem has been a magnet for more than a million African Americans, a melting pot for Spanish, African, and Caribbean immigrants, and a mecca for artists.

When Chef Marcus Samuelsson opened Red Rooster on Harlem’s Lenox Avenue, he envisioned so much more than just a restaurant. He wanted to create a gathering place at the heart of his adopted neighbourhood, where both the uptown and downtown sets could see and be seen, mingle and meet – and so he did, in a big way.

The Red Rooster Cookbook is much more than a collection of recipes. It’s a love letter to Harlem shown through the people, music, soul, and food. Marcus’ Ethiopian and Swedish upbringing converge with his Harlem-American present to give readers a culinary clash of dishes to try, all mirroring the menus at his much loved neighbourhood restaurant Red Rooster.

Marcus dedicates the book, “To the people of Harlem, especially the generation before mine who cared, restored and fought for uptown, to make sure Harlem would be a special neighbourhood in the greatest city – a place I am lucky to call home.”

Full of heritage and culture, music and love, this is far more than just a cookbook.

Author: Marcus Samuelsson
Format: Hardback
Release Date: 13/04/2017
Pages: 384
ISBN: 978-1-911216-63-6
Marcus Samuelsson is the owner of celebrated US restaurants Red Rooster Harlem, Ginny’s Supper Club and Street Bird. He is the author of the New York Times best-selling memoir which won a 2007 James Beard Award and several previous cookbooks. Marcus famously cooked a state dinner for President and Mrs. Obama at the White House and was the youngest chef ever to receive a three-star restaurant review from the New York Times at the age of 24. His first UK restaurant opens in London in 2017.