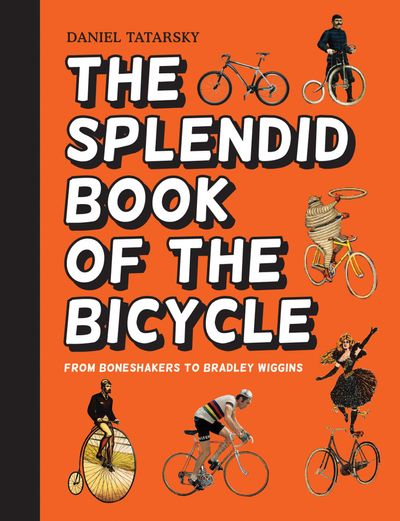 The Splendid Book of the Bicycle: From boneshakers to Bradley Wiggins

A sumptuous, wide-ranging guide to cycling, full of practical information but with a huge sense of fun, packed with evocative images from the history of cycling.

The Splendid Book of the Bicycle is a wide-ranging celebration of the bicycle and cycling, incorporating social history, sport and science. It covers the bicycle’s invention and subsequent historical development, stories of intrepid early cyclists who travelled the world, the 20th-century popularity of cycle touring, and the depiction of bicycles in films, books and art.

It examines the sport of cycling, including histories of the Tour de France and the other great European races, the Giro d’Italia and Vuelta a España, and goes on to explore velodrome-based cycling and the rise of BMX and mountain biking.

Beautifully illustrated with vintage and modern images, this book is a perfect gift for both bike obsessives and general readers.