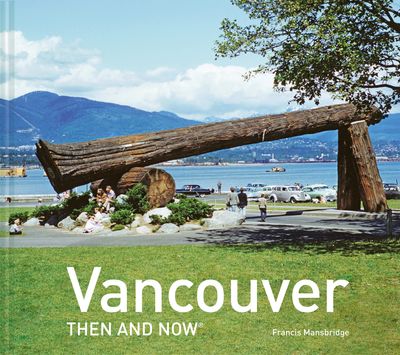 In Vancouver Then and Now archival images have been paired with new photos of the same scenes as they appear today to reveal over a century of dramatic change in this beautiful city.

Vancouver—a major seaport and coastal metropolis—was originally a dense, temperate rain forest. Early industry around the fledgling settlements on the Burrard Inlet exploited the area’s natural resources—lumber, furs, and fish. But the biggest boon to trade and the establishment of the city came with the arrival of the Canadian Pacific Railway in 1887. Downtown Vancouver evolved into a major city throughout the twentieth century with a striking skyline that includes includes the Vancouver Art Gallery, the Christ Church Cathedral, and the Hotel Vancouver.

Author: Francis Mansbridge
Format: Hardback
Release Date: 01 Jan 2019
Pages: 144
ISBN: 978-1-911595-61-8
Francis Mansbridge has written extensively on Vancouver area history. His books include Launching History: The Saga of the Burrard Dry Dock and Hollyburn: The Mountain and the City. He holds a PhD in English from the University of Ottawa and has taught at a number of colleges and universities. His involvement in Vancouver history began with his work as an archivist in North Vancouver from 1994 to 2006.