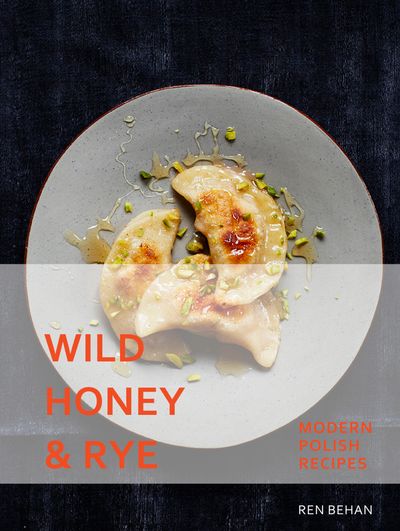 In this refreshing approach to Polish cuisine, food writer and blogger Ren Behan takes us on a journey to discover the new tastes of her beloved culinary heritage.

The food of eastern Europe, long misunderstood in the West, is changing – the focus is swinging away from heavy dumplings and stews towards lighter, healthier, fresh and seasonal recipes, served in contemporary ways. In this beautiful collection of recipes, Ren brings us the very best of the Polish kitchen, inspired both by the food of her childhood and by the new wave of flavours to be found in the trendy restaurants, cafes and farmers markets of modern Poland.

Alternative grains, such as rye, spelt, buckwheat and millet make an appearance in risottos, as do fresh fruit preserves and pickles, infused honeys, seasonal and raw salads, light broths, delicious cakes and flavoured liqueurs. No book on Polish food would be complete without pierogi, the classic dumplings, and of course they are here, with other substantial dishes such as meatballs, goulash and cutlets, as you might expect, but you will also see them in a new light – filled with strawberries and served with honey and pistachios. Pink sauerkraut adorns vegan pastry rolls, ribs are slowly-braised with honey and vodka, a fresh cucumber salad with sour cream and dill sets off a homely dish of meatballs, and Polish charcuterie sits atop the darkest rye bread.

An evocative and inspiring collection of recipes, which truly celebrates all the good things the food of Poland has to offer, and which will leave your mouth watering.

Author: Ren Behan
Format: Hardback
Release Date: 07 Sep 2017
Pages: 208
ISBN: 978-1-911216-21-6
Ren Behan is a British food writer of Polish descent, who is constantly inspired by both her heritage and the fast-changing food landscape in Poland. Her writing and recipes are an exciting fusion of both traditional and modern Eastern European cuisine. As an ex-lawyer who’s swapped the courtroom for the kitchen, Ren is now a mother of three and writes for a number of prominent online publications such as JamieOliver.com, GreatBritishChefs.com and her own highly popular blog RenBehan.com. She is a member of The Guild of Food Writers, holds a Diploma in Food Journalism and a Certificate in Food Styling. Her Polish recipes have been featured in leading mainstream publications such as delicious. Magazine and BBC Good Food, and she has been a judge at The Guild of Food Writers Awards. Whenever time allows, Ren runs pop-up events that showcase the delicious flavours of Polish food. This is her debut cook book.