A new way to cook 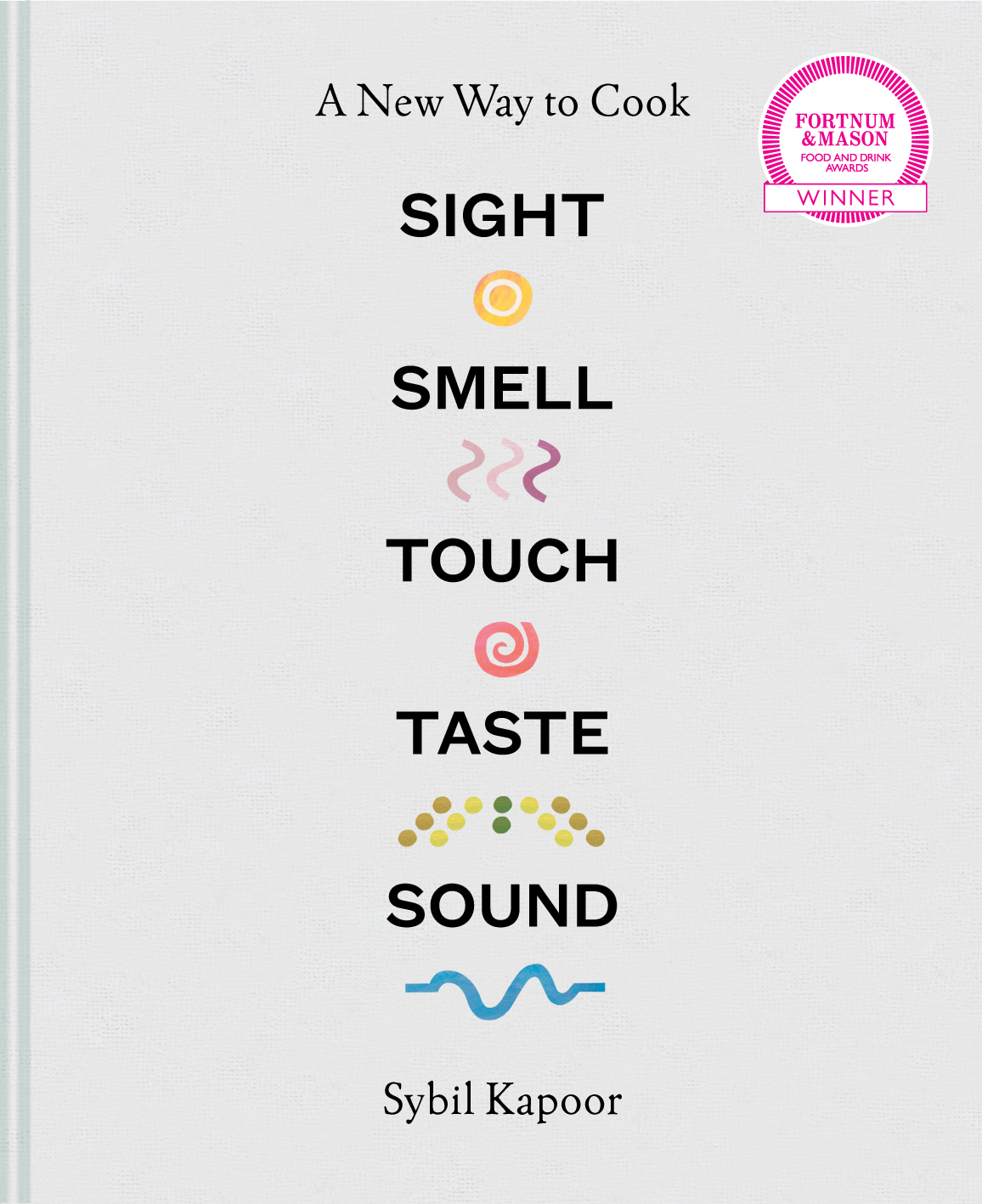 “A fascinating and important book, informative, inspiring and a joy to read.” – Claudia Roden

What makes a dish look alluring? Can smell (flavour) enhance the pleasure of eating? Does the texture and sound of food change our perception? Sight Smell Touch Taste Sound is essential reading for anyone who loves to cook. Sybil Kapoor leads the reader through simplified kitchen theory and a selection of tempting recipes reveal how we can unlock the power of our five senses to make amazing meals.

Integral to our experience of eating, our five senses are the building blocks of cookery throughout the world, whether you are making lemon pickle in India or porridge in Scotland. This book explains how these five elements work together and shows the reader how best to use them in everyday cooking to produce simple, delicious dishes.

‘This really thrilled me. I love the journey of textures it takes you on…It’s fresh.’

‘This is a book to stir up appetite and memory alike.’

'Kapoor has a childlike gift for making cooking feel less like drudgery and more like a magical game.'

'[A] fresh way to think about food. A book that adds a dash of science, thought and theory, but ultimately leans on the reader to blend the ideas into their own culinary style.'

'The thinking person's cookbook, this explores the role of the senses in eating and cooking…It won't just make you a more aware cook but a more fulfilled and attentive one, too. Mindfulness in the kitchen.'