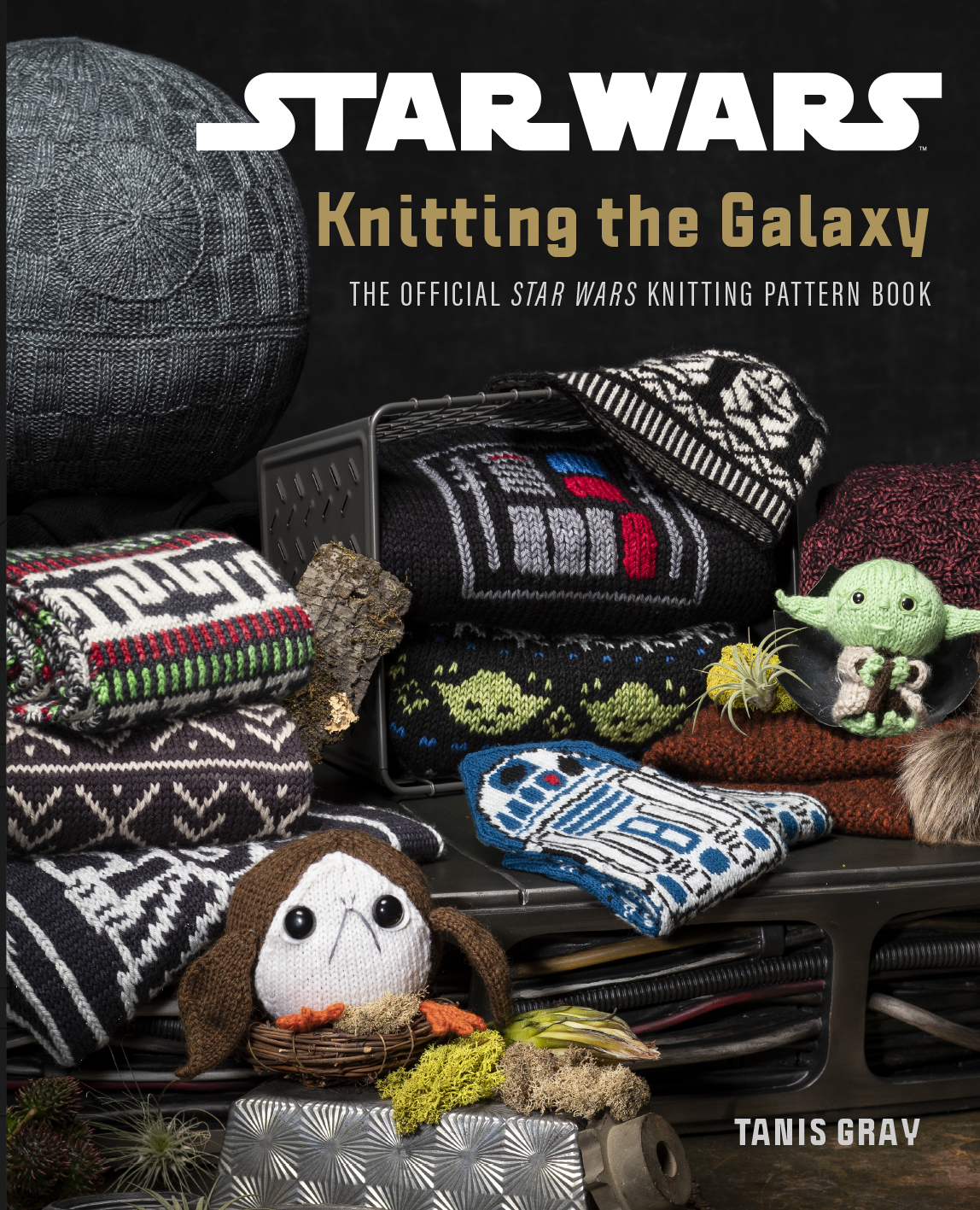 Introducing the first official Star Wars knitting book – a deluxe guide to creating over 25 Star Wars knits based on the iconic global franchise.

A cultural juggernaut, Star Wars has enchanted audiences for over 40 years with its classic tale of Good vs. Evil. When A New Hope burst onto the screen in 1977, science fiction was reinvented for a new audience of science fiction fans and Luke, Leia and Han Solo became household names, along with the terms such as ‘lightsaber’, ‘the Force’ and the ‘Death Star’. Since then it has shattered box office records for decades, pushing new technology to its limits and beyond and expanded to included spinoff films, novels, games and much, much more.

Star Wars is one of the most beloved pop culture franchises today. Now you can bring Star Wars to your home and style with the very first official knitting book celebrating the films. From knitted toys to costume replicas you can dress in Luke’s Flight Jacket or Padmé’s Battle Wrap and pocket your very own knitted Yoda.

A graduate of Rhode Island School of Design and mother of two, Tanis Gray is the author of nine knitting books including Gradient Knits, Cozy Knits, Knit Local, Wanderlust and 3 Skeins or Less and has over 500 published knitting designs. She has worked for Vogue Knitting, Martha Stewart, HBO, Focus Features, was a regularly featured guest on Knitting Daily TV, has multiple stranded colour work classes on Bluprint and teaches knitting worldwide.

'A perfect book for knitters and film fans across the galaxy.'

'The great thing about this book is not just the amazing projects – which range from toys to garments, accessories and homeware – but that this really is a book for knitters'